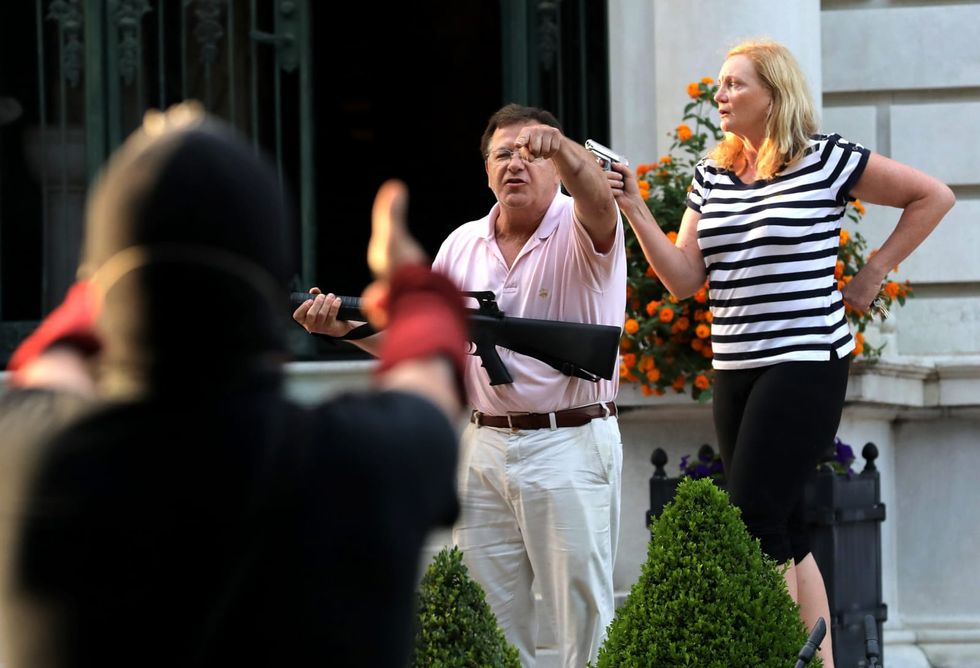 JEFFERSON CITY, Mo. — Missouri Gov. Mike Parson has issued pardons to Mark and Patricia McCloskey, the St. Louis couple whose brandishing of guns at Black Lives Matter protesters in June 2020 catapulted them to conservative stardom and launched a bid for U.S. Senate. The McCloskeys were among 12 pardons Parson issued last week. His office made the list of names public on Tuesday. In May, Mark McCloskey entered the Republican primary for the Senate seat being vacated by Roy Blunt. His campaign did not immediately respond to a request for comment. Parson promised soon after the incident that he ...