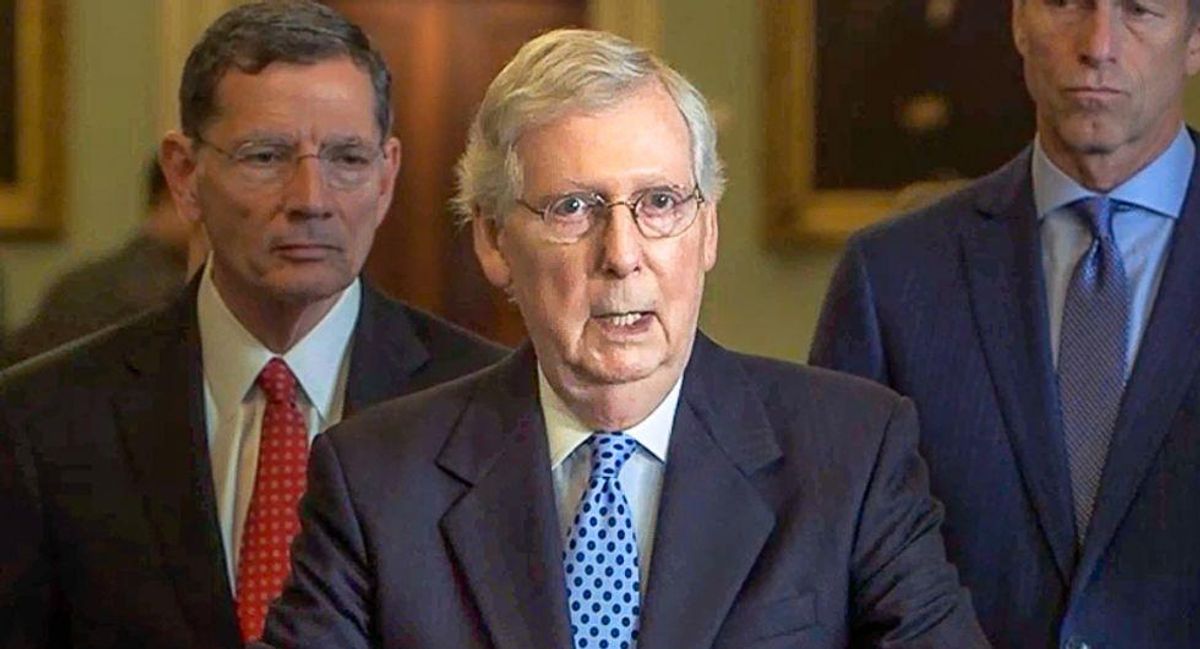 Sen. Mitch McConnell (R-KY) on Tuesday argued that an effort to restore the Voting Rights Act is "unnecessary" because Black Americans are no longer disenfranchised like they were when it was passed in 1965.

At a Republican leadership press conference, McConnell was asked about the John Lewis Voting Rights Act, which aims to restore the preclearance portion of the 1965 law after it was gutted by the Supreme Court.

"The voting rights bill is intact," McConnell insisted. "The law extends into the future. What this rewrite of it does is grant to the Justice Department almost total ability to determine the voting systems of every state in America."

"The Supreme Court did not strike down the Voting Rights Act," he continued. "It's still the law. What they struck down was the preclearance part of it that applied only to the southern part of the United States because the Supreme Court concluded the conditions that existed in 1965 no longer existed."

McConnell added: "So there's no threat to the voting rights law. It's against the law to discriminate in voting on the basis of race already. And so I think it's unnecessary."

Sen. Joe Manchin (D-WV) is on record supporting the John Lewis Voting Rights Act instead of the more expansive H.R. 1 voting bill that was passed by House Democrats. Manchin, however, does not support reforming the Senate's filibuster rule which would be required to pass a new voting rights law without bipartisan support.