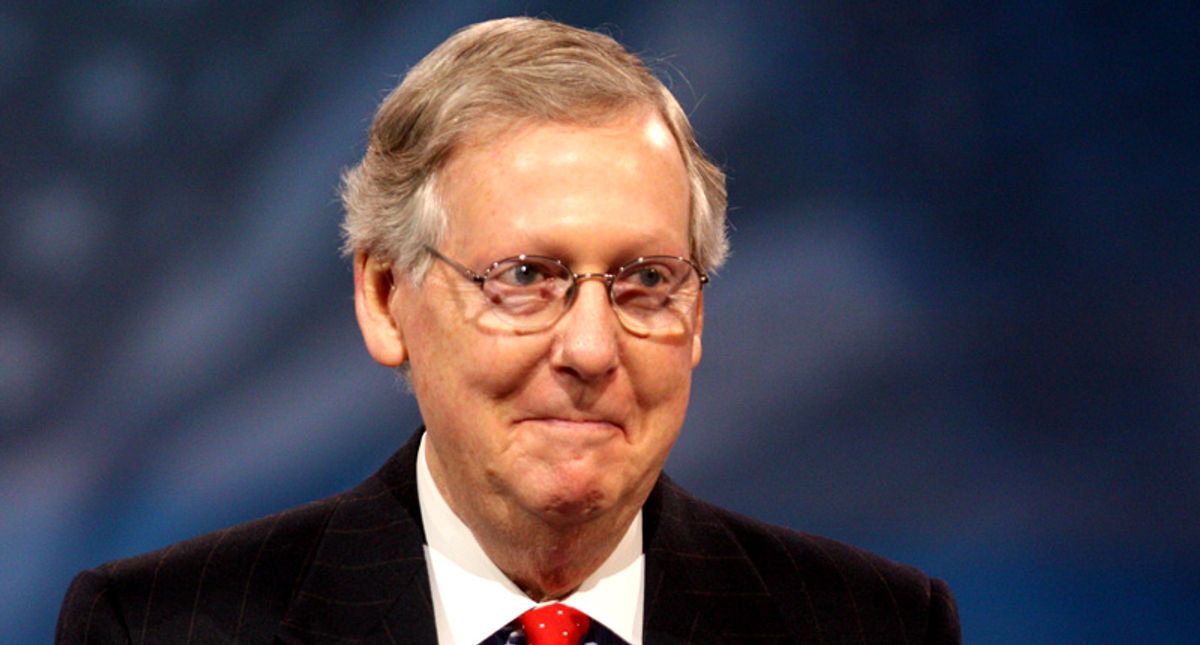 Shortly after President Joe Biden's inauguration on Wednesday, a friend told me he was worried. Senate Minority Leader Mitch McConnell, R-Ky., was smiling way too much during the ceremony, he said, and it made him nervous. The sight of a smiling McConnell, after all, is like seeing a smiling Ted Bundy: It should immediately make you wonder where the bodies are buried.

Sure enough, McConnell wasted no time launching his evil scheme to maintain control of the Senate after losing his Republican majority.

On Thursday, McConnell kicked off the newly Democratically-controlled Senate's first filibuster, not of legislation nor appointments, but of even starting the business of the Senate by assigning committee spots. He demanded that Democrats take the elimination of the filibuster off the table completely before commencing with the basic business of the upper chamber. He justified the move by pompously declaring, "Minority rights on legislation are key to the Senate" and disingenuously appealing to tradition.

This is complete and total nonsense offered with the utmost bad faith, as Sen. Elizabeth Warren, D.-Mass., pointed out. "Mitch McConnell was fine with getting rid of the filibuster to a United States Supreme Court nominee for a lifetime appointment, but he's not okay getting rid of the filibuster for unemployment relief for families that are out of work because of COVID-19," Warren told CNN. "I've just had enough of Mitch McConnell."

Sen. Brian Schatz, D-Hawaii, agreed, reminding the Republican leader: "We won the Senate. We get the gavels."

That McConnell is filibustering before Senate business even begins should serve as the surest sign that his strategy going in is to obstruct everything the thin Democratic majority wants to do, tank the ability of the government to serve the people, and force Biden's presidency into failure. This is what McConnell did to Barack Obama, working under the almost certainly correct theory that people blame government failures not on the Republicans who caused them, but the Democrat in the White House. And that's clearly what McConnell intends to do this time around.