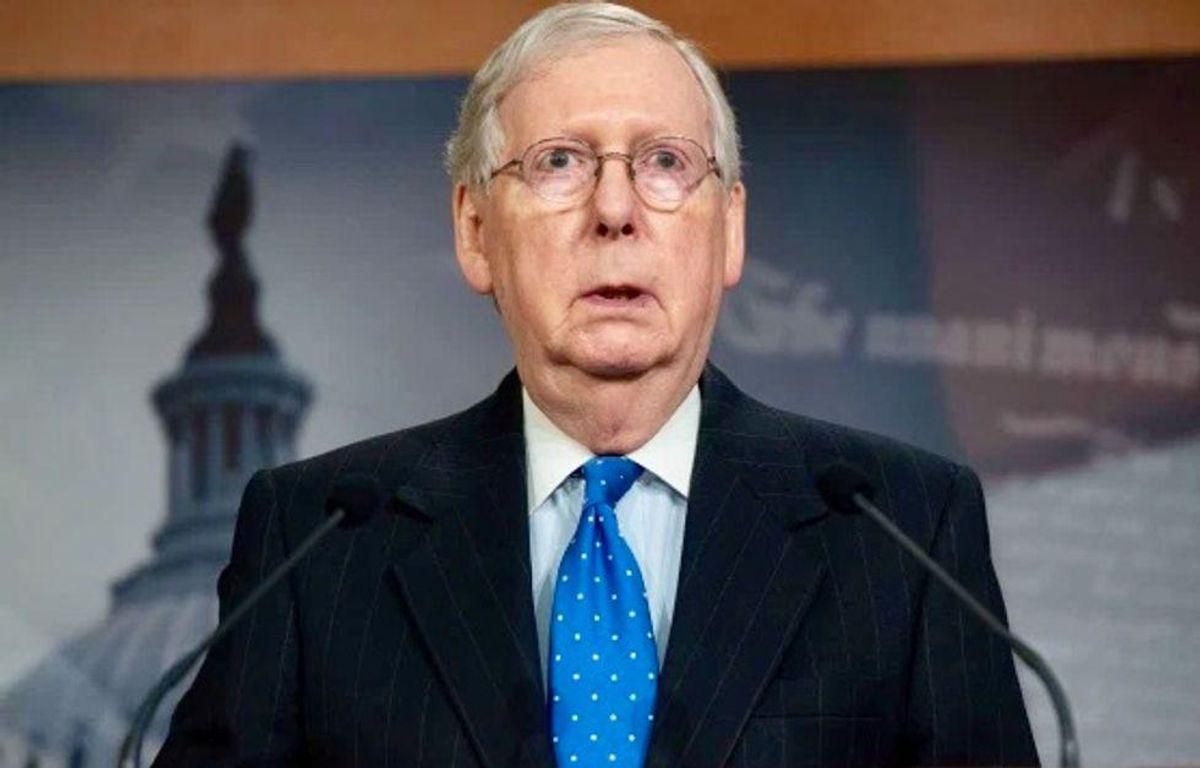 As you know, the Republican Party is the party of business. It has been that way since the late 19th century. What you may not know is that some Republicans have always taken a dim view of corporate power, depending on their brand of conservatism. Prior to Ronald Reagan's ascent, conservatives of the Old Right, as they were sometimes called, saw corporations the way that some leftists do, as potentially dangerous collectives unaccountable to the democratic will. But unlike leftists, who are generally concerned with issues of class, the Old Right was concerned with issues of tradition, order, family, and Christian faith, but especially the local authority of white men.

For the Old Right, national (and then multinational) corporations were not sources of stability, but the opposite. They competed fiercely for customers and they innovated nonstop, creating products and services that destabilized what the Old Right believed was the natural order of things.1 Corporations employed legions, including non-white people, who no longer behaved as they "should," as makers of their own destinies, as rugged entrepreneurs, as independent and free. Instead, the massive working class was beholden to the interests of their employers. As such, they often behaved as social parasites, especially when corporations worked together with the United States government in what I described last week as economics in the national interest.

Worst of all, corporations as the godless, profit-seeking face of modernity always challenged the social control of the white men who constituted this country's petty bourgeoisie. Sam Francis, the Ur-conservative, understood this better than most.

The cosmopolitan elite threatened the traditional values cherished by most Americans: "morality and religion, family, nation, local community, and at times racial integrity and identity." These were sacred principles for members of a new "post-bourgeois proletariat" drawn from the working class and the lower ranks of the middle class. Lacking the skills prized by technocrats, but not far enough down the social ladder to win the attention of reformers, these white voters considered themselves victims of a coalition between the top and bottom against the middle.2

For corporations, and the Wall Street traders who invest in them, the Old Right was a fount of dangerous crankiness. These people were not rational. They were emotional. These people were not forward-thinking. They were backward-looking. These people did not seek wealth through markets. They sought power through division. It took lots of work on the part of people like Bill Buckley and later Irving Kristol to get each side on the same page. Over decades, from the McCarthy era to Reagan's election in 1980, the Old Right bargained with corporate-minded Republicans to forge, later with white evangelical Protestants, what's sometimes called "movement conservatism"—which, as I have said before, was the foundation for what became a bipartisan consensus.

The Old Right's bargain frayed after the Cold War came to an end. It shattered beyond recognition after a Black man was elected president. The "Tea Party movement" as well as Donald Trump's upset victory were not only uprisings against "demographic change." They were uprisings against corporate power's never-ending challenge to the local authority of white men. That both were funded by corporate money is not a contradiction, but a demonstration of the usefulness of a petty bourgeoisie on the warpath. For corporations, it pays to stick with the Republican Party, because, no matter how crazy things get, it's crazy in ways consistent with corporate interests.

In the above context we should understand what's going on in Georgia. The state enacted a passel of voter suppression laws last month. Major League Baseball responded, as did large firms headquartered in Atlanta, such as Coke and Delta Airlines. This reaction triggered a reaction among Republicans, and it's this reaction we should pay special attention to. The Republicans in Georgia and in the United States Congress could have kept quiet. They could have let the companies have their say before getting on with business. They didn't, though. That suggests they see the incentive of attacking corporations when they reflect the opinion of a majority of the people as they must as corporations eager to sell things to the majority of the people. That suggests the relationship between the Old Right, as I'll continue calling it, and corporate power is becoming strained in ways we have not seen in a very long time.

For this reason, I think we should not dismiss Mitch McConnell's statement Monday in which he warned corporations to "stay out of politics" and that there would be "consequences" for butting in. It was indeed performance art, but his statement should be seen as a reflection of the larger, historical forces already at work, and the difficulty that the Senate minority leader is having holding the party's wealthy business wing together with the party's less wealthy but more numerous fascist wing. It should also suggest which side McConnell thinks requires the most appeasing, which is to say, not the side that's rational, forward-thinking and market-oriented. If he's not careful, that side might start seeking a more reliable bargaining partner. Mitch McConnell won't be around forever. Meanwhile, the president and his party are busy changing the world.