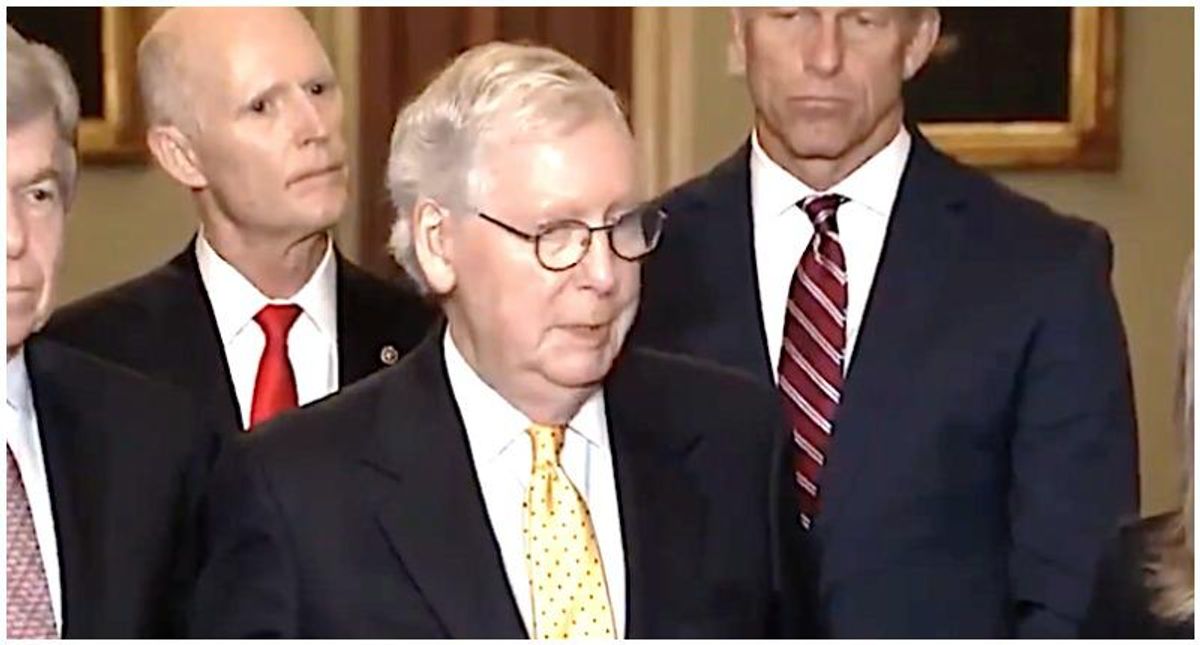 "No, I didn't," McConnell replied.

"Why not?" the reporter asked.

"I was busy doing work," McConnell said. "I serve in the Senate."

But McConnell's critics on Twitter weren't buying that excuse.

"Doing work." So protecting our democracy and getting the facts about an insurrection that almost destroyed our country isn't important to @LeaderMcConnell??? The man is deplorable--and part of the problem.
— 😷💜Sandy James—Teacher, Author, Type A 😷💜 (@sandyjamesbooks) July 27, 2021

Anyone wanna tell him that if those officers didn't do what they did, he wouldn't be around to “work"?
— Ramon Lo (@TheOnlyRamonLo) July 27, 2021

@LeaderMcConnell you are an embarrassment and a disgrace to the men and women who lost their lives defending our co… https://t.co/NISwm7V09P
— Your Heart (@Your Heart) 1627416010.0

What does Mitch consider 'doing work' besides blocking every last bill that reaches his desk??
— Corey Kendall #GotMy1stShot (@ckendall77) July 27, 2021

Riiight......because all of a sudden THAT'S more important.
He didn't watch it because he already knows what happened and who's responsible.
He also doesn't give a shit.
— Observationist (@Observat1onist) July 27, 2021

The Jan. 6th hearing is the most important piece of work to be done for our democracy!
— Lucille Kenney (@lucillekenney) July 27, 2021