Mitch McConnell whines about not getting a call from Biden: 'I haven't been invited to the White House' 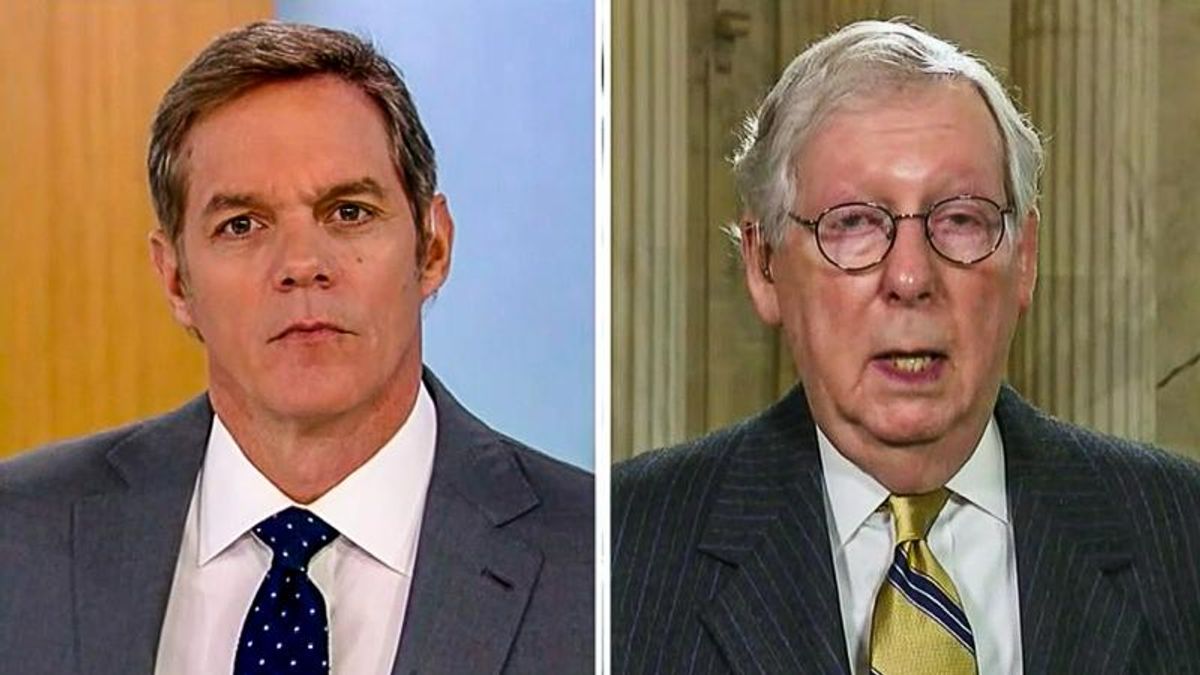 Senate Minority Leader Mitch McConnell (R-KY) on Wednesday insisted that he has not spoken to President Joe Biden since the commander-in-chief was sworn in.

During an interview on Fox News, McConnell was asked about the last time he had talked to Biden.

"I haven't been invited to the White House so far this administration," McConnell said. "[They] are not interested in doing anything on a bipartisan basis in the political center. They'd be more than happy to pick off a few of our members and do what they would like to do."

"They're going hard left," he continued. "They misread the election. It's a 50-50 Senate and a very narrow Democratic majority in the House, not a mandate to turn America into Bernie Sanders's view of what America ought to be."

"When was the last time you had a conversation with President Biden?" Fox News host Bill Hemmer asked.

"I don't believe I have spoken with him since he was sworn in," McConnell replied. "We had a couple of conversations before then."

Fox News host Dana Perino gave McConnell an opportunity to rail against Democrats who believe that the filibuster is racist.

"No," McConnell remarked. "The filibuster pre-dates the debates over civil rights, goes back to the beginning of the country... so the derivation of the filibuster was not related to race of civil rights."

The filibuster, however, has been repeatedly used by Republicans to oppose civil rights legislation, which is why Sen. Elizabeth Warren (D-MA) recently called it a tool of racism.

During the Fox News interview, Hemmer suggested that McConnell had been "rolled by Democrats" because he failed to obstruct a massive COVID-19 relief bill.