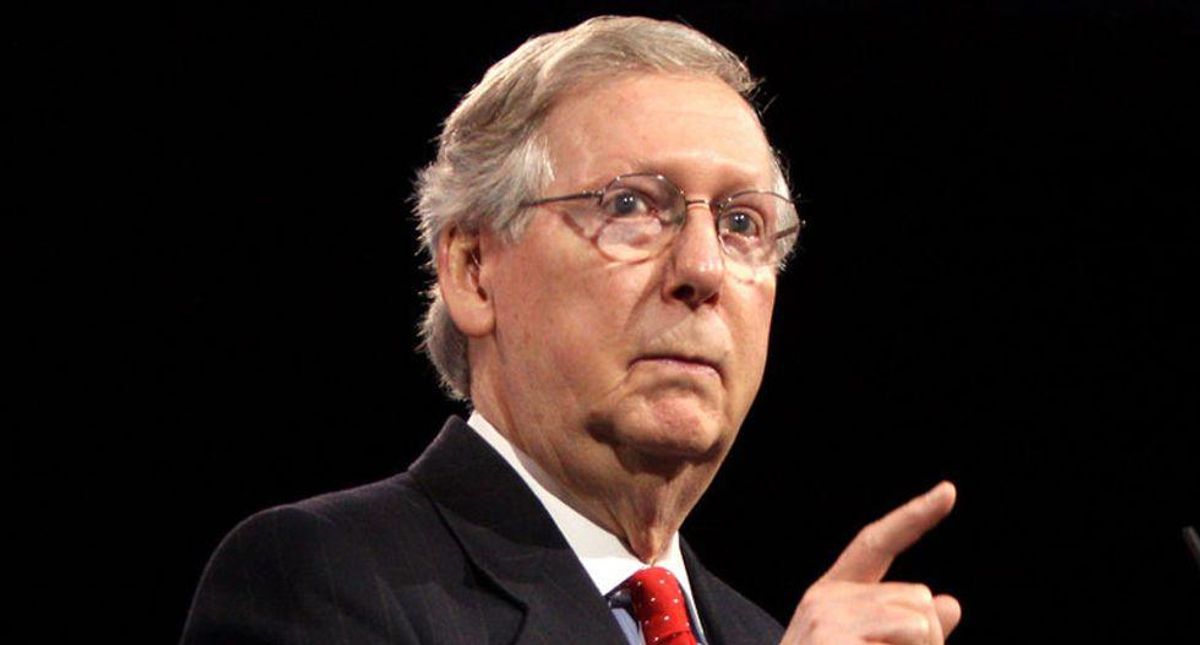 "After the Biden administration was very eager to claim ownership and spike the football on the vaccination trajectory largely inherited from Republican leadership, we've now seen vaccination rates in many places plateau on what this White House has been insisting is their watch," McConnell said.

The GOP leader was harshly criticized for blaming Biden for vaccine hesitancy:

any idea if this guy is credible based on other things he's said in the fucking recent past
— Matt Negrin, HOST OF HARDBALL AT 7PM ON MSNBC (@MattNegrin) July 26, 2021

This doesn't make one iota of logical sense. How is it his fault that red states that watch Fox News, OAN and Newsmax and have entirely Republican state governments WILL NOT take a lifesaving vaccine that's totally free & ubiquitous?
— Seth Reeves (@SethReeves15) July 26, 2021

And the governors of the states where the rates have plateaued are.. go ahead and fill in that blank, McConnell.
— ncbjd (@ncbjd) July 26, 2021

WTF is he talking about? There was no transition. Hell the last POTUS still hasn't accepted defeat.
— Ginger Gin & Gauche (@GingerGinGauche) July 26, 2021

"Things were set up for a roaring success like no other presidential transition in recent memory." THERE WAS A RIGHT WING INSURRECTION TWO WEEKS BEFORE INAUGURATION DURING A GLOBAL PANADEMIC TRUMP ENABLED TO ACCELERATE!
— Ryan Storey (@Storey33) July 26, 2021