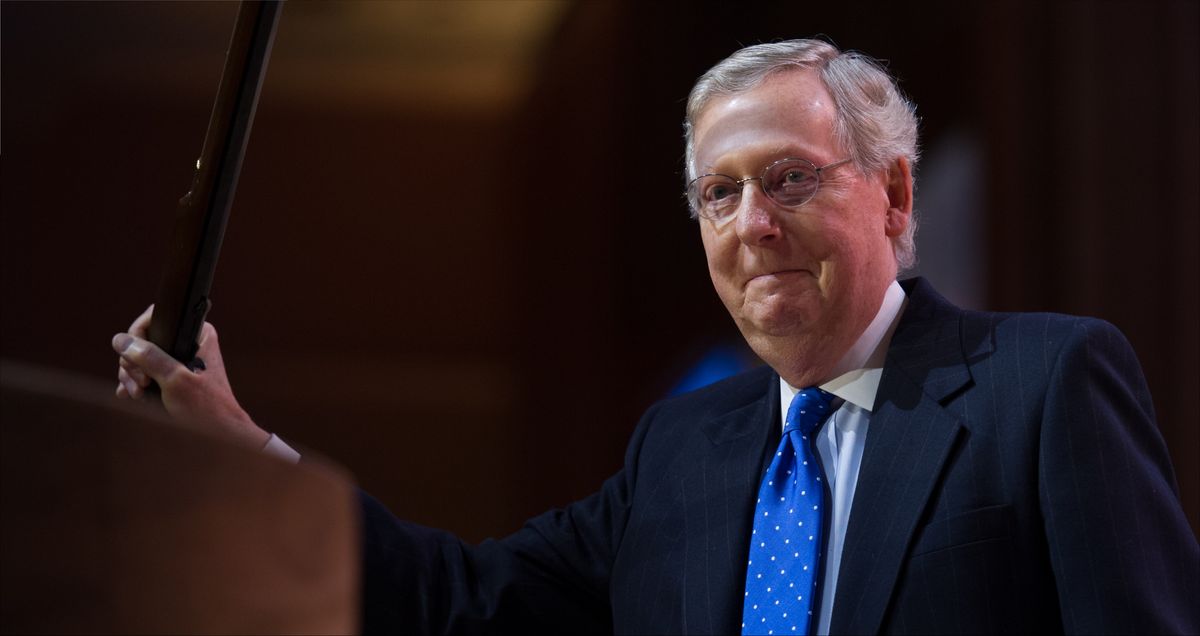 Speaking on MSNBC Tuesday, Alex Wagner of "The Circus" said that Senate Majority Leader Mitch McConnell would weaponize the Senate gym if he was able to do it.

She explained that while the country is facing a slate of challenges, "we're dealing with a Republican Party that's imploding before our very eyes. We talk about the fact that Mitch McConnell is trying to weaponize an organizing resolution. Everybody should take a moment and absorb that. This organizing resolution is a pro forma piece of Senate parliamentary procedure. Mitch McConnell tried to weaponize it. That, to me, indicates the Republican Party will leave no stone unturned in terms of the levers of power. If they could weaponize the Senate gym, they would. Anything that there is, they will try to use as a lever of power because they understand they are dealing with an administration and a Democratic Party that is emboldened, that is scared for the future of the country and that is willing to do a lot of really big things to save what I think they see as the country on a precipice."

Wagner didn't say it but public opinion alone is working against the GOP. President Joe Biden enjoys a 66 percent job approval according to Gallup, while former President Donald Trump left office with the lowest polling of his presidency at 34 percent.

The argument over the parliamentary procedure is about the filibuster, which Mitch McConnell wants to preserve and many Democrats oppose because it has stopped majority rule in the Senate, which is outlined in the Constitution. The founding documents outlines a simple majority of Senators to pass legislation, but due to the threat of a filibuster, a supermajority of 60 votes is needed to pass any legislation. It was a tactic used during the Jim Crow era to block Civil Rights legislation and it has been employed by McConnell over the past decade to stop the Senate from passing bills.

Host Ari Melber said that McConnell admitted in public that he would use whatever obstruction tactics are available to him to stop the Democrats from passing any legislation.

"It's completely counterintuitive," Wagner said. "Mitch McConnell doesn't want anybody to do away with the filibuster because it's the one tool he has. It is a very, very effective tool the way the Republicans have used it. He's virtually guaranteeing the Democrats are brought to the edge of getting rid of the filibuster because his tactics to preserve it are so willfully wrong if you will. I mean, it is so plainly obvious what he -- he's laying out his agenda of obstruction and hoping that the Democrats don't fight. I think honestly if you had asked me a week ago whether there was momentum within the Democratic Party to get rid of the filibuster, the antics of the past few days have almost ensured there is going to be a real groundswell of consensus inside the Democratic caucus to do something about the filibuster because of McConnell's behavior over the last couple of days."

McConnell is digging his own political grave www.youtube.com