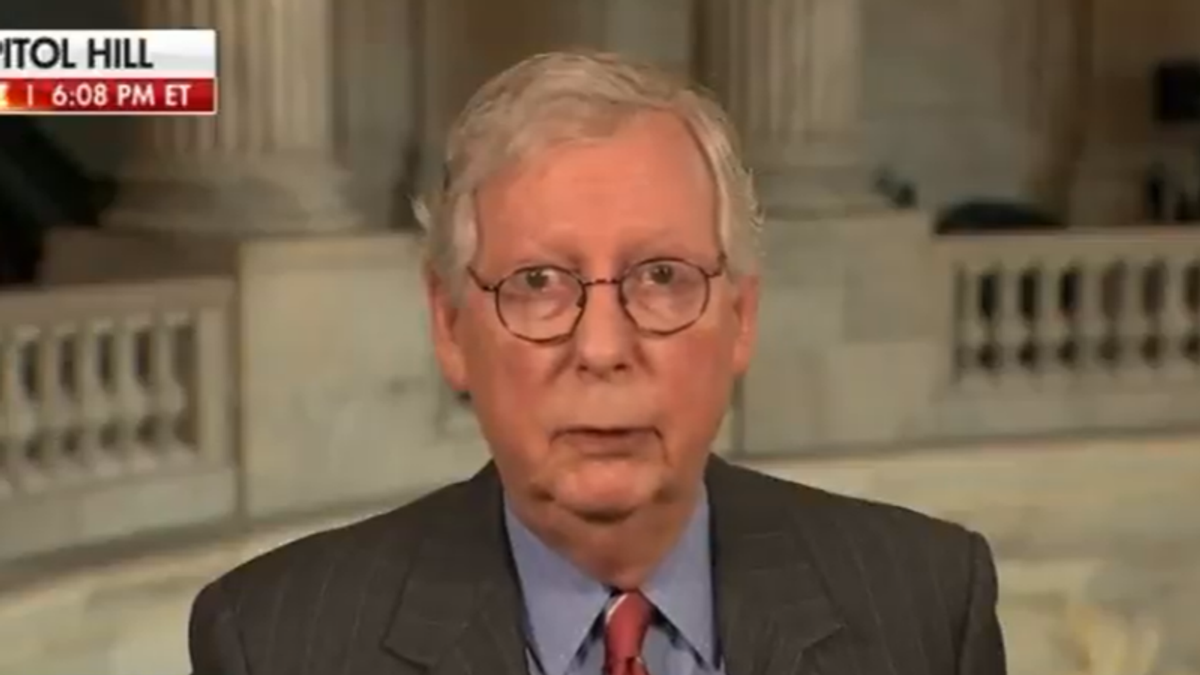 "It puts all of us Republicans who think the 2017 tax bill was the key to America's economic success as of February 2020 in the position of, if we cooperate with them in passing the infrastructure bill, all the Democrats have to line up and fracture the 2017 tax bill, raising taxes on individuals, on estates, on companies, and the rest," said McConnell. "It puts us in a very, very challenging position. So I would say we need to keep talking here, because I think the bill, is going to have to have Republican support."