How Mitch McConnell went from the Grim Reaper to handing Joe Biden a victory: report 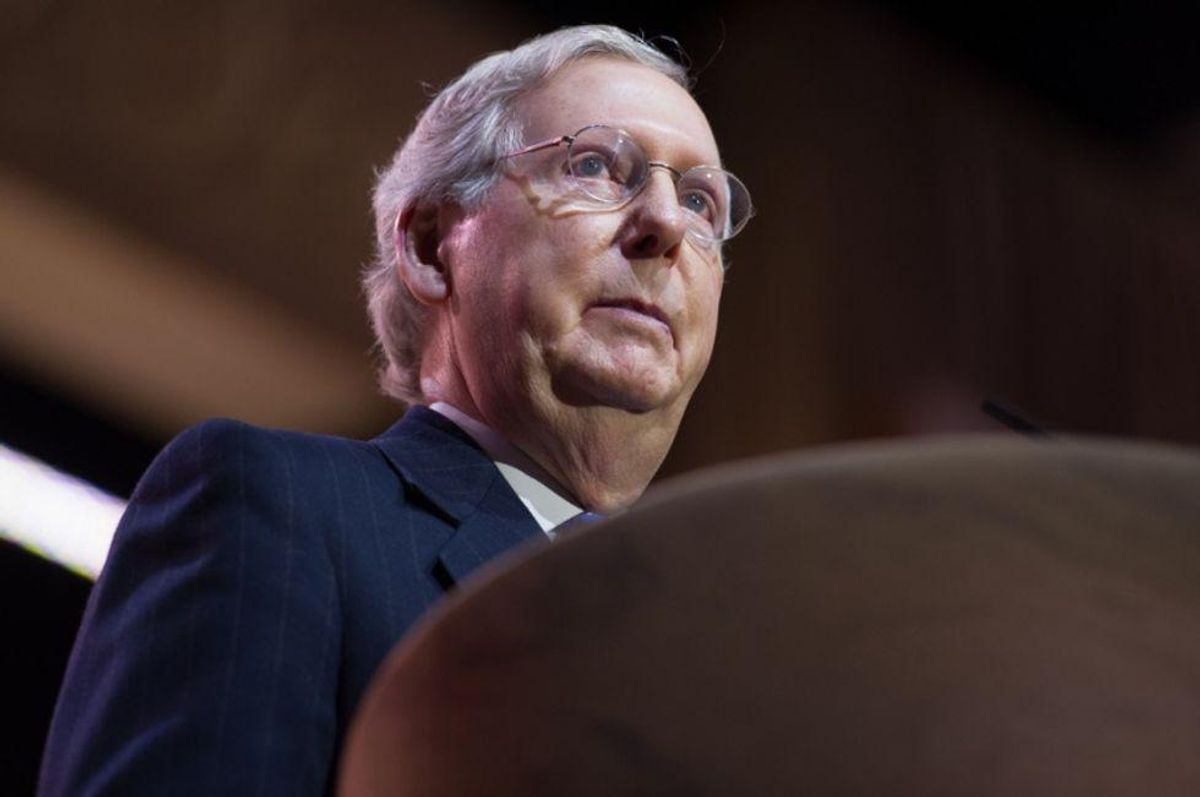 In a report Tuesday, The Washington Post noted the strange evolution of Senate Minority Leader Mitch McConnell (R-KY) over the past year.

"We're confronted with severe challenges from a new administration, and a narrow majority of Democrats in the House and a 50-50 Senate to turn America into a socialist country, and that's 100 percent of my focus," said McConnell just three months ago.

"I've never felt that we ought to be perceived as being opposed to everything," McConnell Tuesday, in stark contrast to his comments in May. It's as if he's trying to catch up to the political train that already left the station.

McConnell then attempted to blame "dysfunction" on liberals angry they can't get what they want. Republicans have been in control of the U.S. Senate for years. When former President Barack Obama was in office, McConnell refused to even hold a hearing on a Supreme Court nominee that was far from liberal.

Even during Trump's presidency, he desperately tried to pass an infrastructure bill. Democrats were eager to work with Trump over it, but even then, McConnell wouldn't support legislation from his own president.


Thus far, Biden passed a giant COVID stimulus package that included restoring the child tax credit and now the infrastructure package. While Biden still has a few major things on his agenda, like the voting rights bill, already he's accomplished more in seven months to help the American pocketbook than Trump did in four years.

Trump is furious over the bill, however. Instead of being pleased that what he wanted finally got done, he fought against it. It's as if Trump wanted America to fail because he wasn't the one signing the legislation.

"McConnell had less to say about Trump, who issued statements over the course of weeks decrying the Republicans who supported the infrastructure deal as 'RINOs' (Republicans in name only) who were handing a key victory to Biden, his successor and possible future opponent," said the Post. "The broadside continued just hours before the vote Tuesday, with a statement that derided McConnell as "the most overrated man in politics."

"He is working so hard to give Biden a victory, now they'll go for the big one, including the biggest tax increases in the history of our Country," Trump ranted Tuesday.

Democrats are likely pleased with the bipartisanship, which Americans have desperately wanted since McConnell's era of the "Grim Reaper." Trump is likely to see McConnell as nothing more than a Biden cuck.