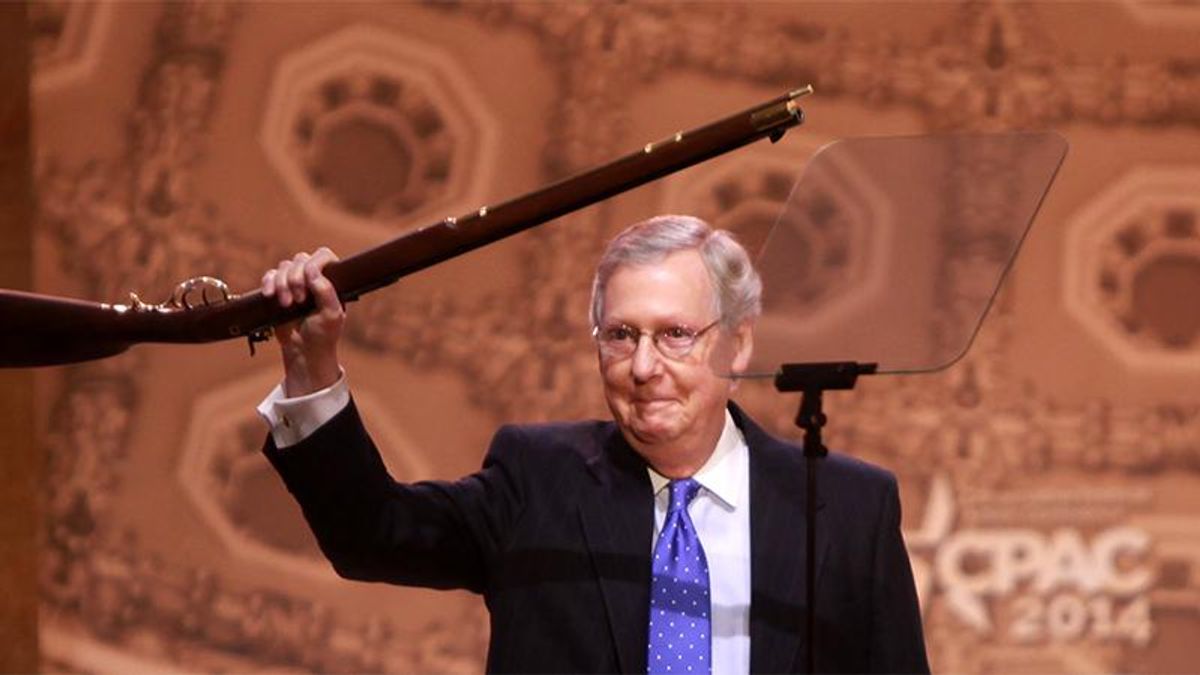 Despite their best efforts, no Republican was willing to support the bill. While Sen. Lisa Murkowski (R-AK) said that she was willing to move forward for a bipartisan option, her bill will be just as pointless until she can deliver nine votes along with it.

The only saving grace, if there can be one, Stevenson said, is that Sen. Joe Manchin (D-WV) voted with the Democrats. A few provisions that Manchin wanted were included and others removed, earning his support. Despite the bipartisan agreement with the requests from him, Republicans still refused to debate the bill.

Senate Majority Leader Chuck Schumer (D-NY) said that Republicans "don't even want to debate it because they're afraid. They want to deny the right to vote, make it harder to vote for so many Americans, and they don't want to talk about it. They want to sweep it under the rug and hope Americans don't hear about it."

Republican moderates even proved that they didn't fully understand what was in the bill. Sen. Susan Collins (R-ME) claimed that it was a partisan power play, a GOP talking point. At issue for Republicans is that the bill calls for non-partisan redistricting commissions to be set up. Not Democratic, not liberal, not progress, non-partisan. Neither party.

While Klain hasn't indicated what Biden is willing to do to ensure voting rights passes, one of the biggest things he can do is shop the law to the states where Republicans are up for reelection in 2022 or 2024 and possible swing-vote Republicans. Republicans found that their own voters support the majority of the things in the voting rights legislation. A Morning Consult poll from early June also showed that Americans overwhelmingly agree that Biden is working on bipartisanship.

"On voting rights, on infrastructure and on their other big legislative priorities — including climate change and immigration — Democrats are pushed up against the limits of their razor-thin Senate majority," wrote Stevenson. "Republicans have shown they can and will shut down bills they see as partisan, using the filibuster. And the way things work right now, there just isn't much else Democrats can do to pass new laws."

The truth, however, is that Republicans have also proven that they'll try and shut down any bill whether or not it is bipartisan. In the case of the COVID-19 stimulus, Republicans blocked it too. Democrats were forced to use budget reconciliation to pass the bill. The same was true with the Jan. 6 Commission bill, which enjoyed bipartisan support and may actually have passed with the GOP demands, but a slate of officials left town for the vote.

Ultimately, it does little to deliver confidence to Democrats that making a deal with one or two Republicans like Murkowski or Collins is worth it if they can't deliver the ten votes necessary to break the filibuster.