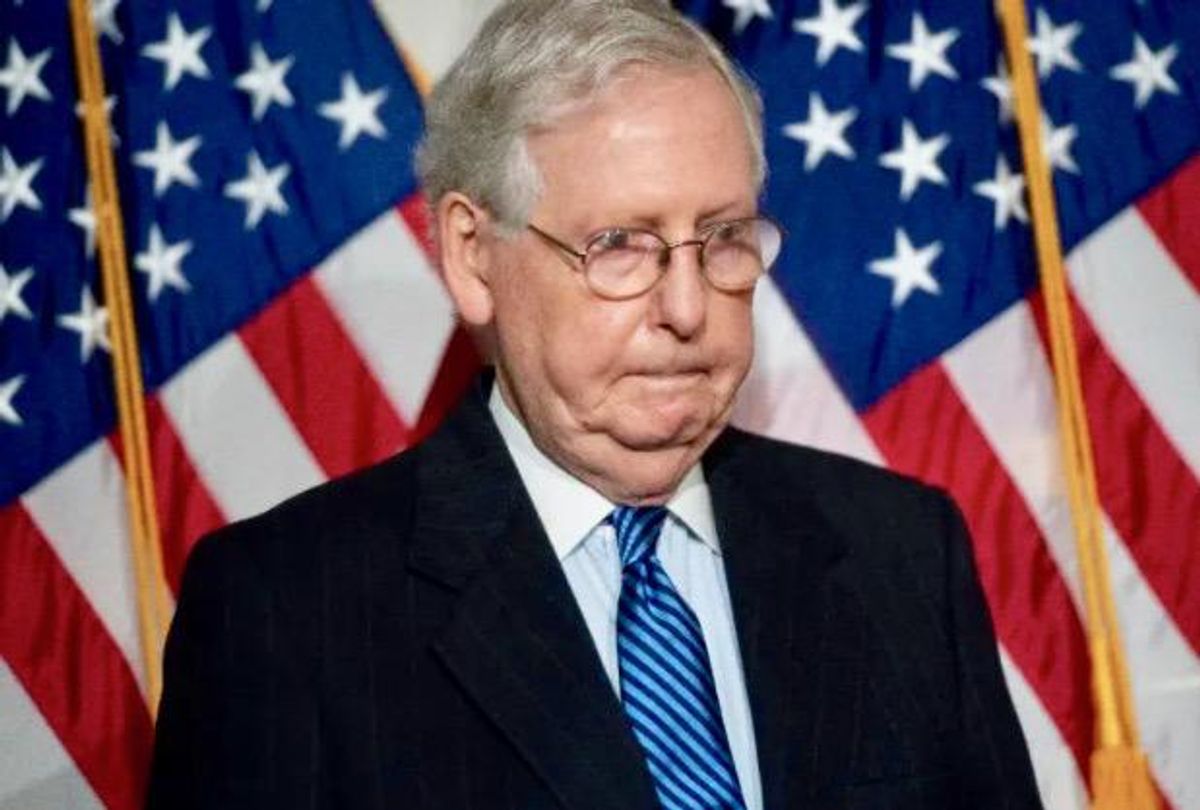 However, two Senate Democrats — Kyrsten Sinema (D-AZ) and Joe Manchin (D-WV) — reiterated publicly that they have no intention to support efforts to modify or repeal the filibuster, making clear Democrats lack the votes to do so in any case.

The legislative filibuster has become a key point of contention because absent any new limits on its use, any 41 Senate Republicans can block most of President Joe Biden's legislative priorities, with the exception of budgetary policies that can be included in a reconciliation bill.

McConnell made the statement as Sen. Chuck Schumer (D-NY) blasted the obstruction during an interview with MSNBC's Rachel Maddow.