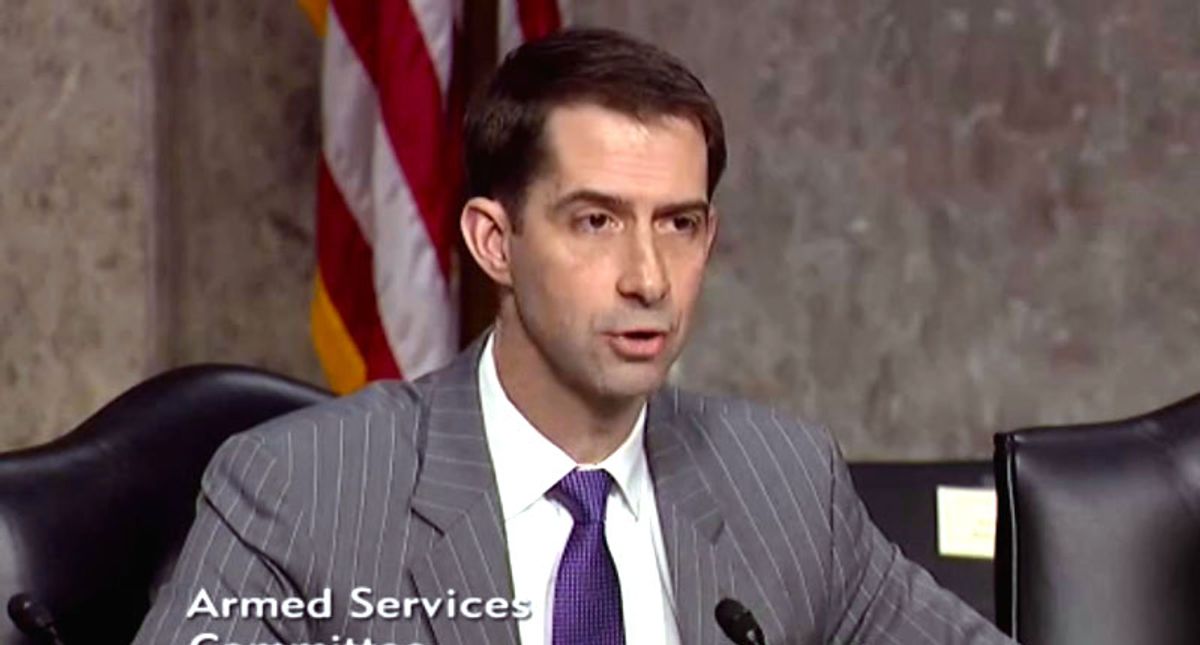 On Tuesday, Sens. Mitt Romney (R-UT) and Tom Cotton (R-AR) released their idea of a "compromise" bill to raise the minimum wage, as a contrast to the Democratic measure to gradually raise the wage to $15 an hour currently being considered as part of the COVID-19 relief bill.

The Romney-Cotton plan is significantly less generous than the Democratic proposal, raising the minimum wage to just $10 over five years, with a slight lag for businesses of 20 or fewer employees, and indexing for inflation going forward. It would also mandate use of the E-Verify system for employers to flag undocumented immigrants — a system that has consistently failed to work.

Several people noted that the proposed $10 federal minimum wage was lower than the minimum wage of Cotton's home state.

Commenters on social media immediately panned the proposal as inadequate and inappropriate.