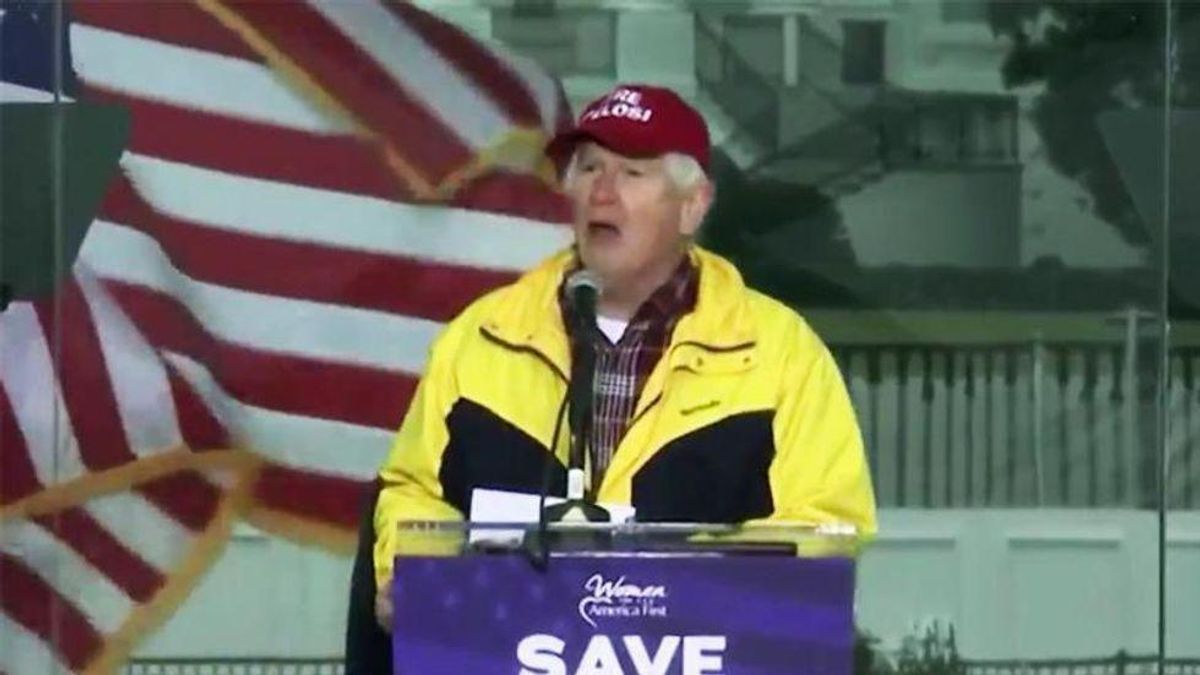 Rep. Mo Brooks (R-AL) on Thursday put out a statement condemning the actions of Floyd Ray Roseberry, who threatened to blow up a bomb at the Library of Congress before being peacefully taken into custody.

"Sadly, threats of violence targeting America's political institutions are far too common," Brooks said. "Although this terrorist's motivation is not yet publicly known, and generally speaking, I understand citizenry anger director at dictatorial Socialism and its threat to liberty, freedom and the very fabric of American society."

Brooks then said that, instead of threatening to blow up Congress, patriotic conservatives vote in the upcoming 2022 and 2024 elections.

Brooks on January 6th infamously told a group of Trump supporters that it was time to "kick ass" and suggested that they should be willing to shed their own blood to keep former President Donald Trump in office.