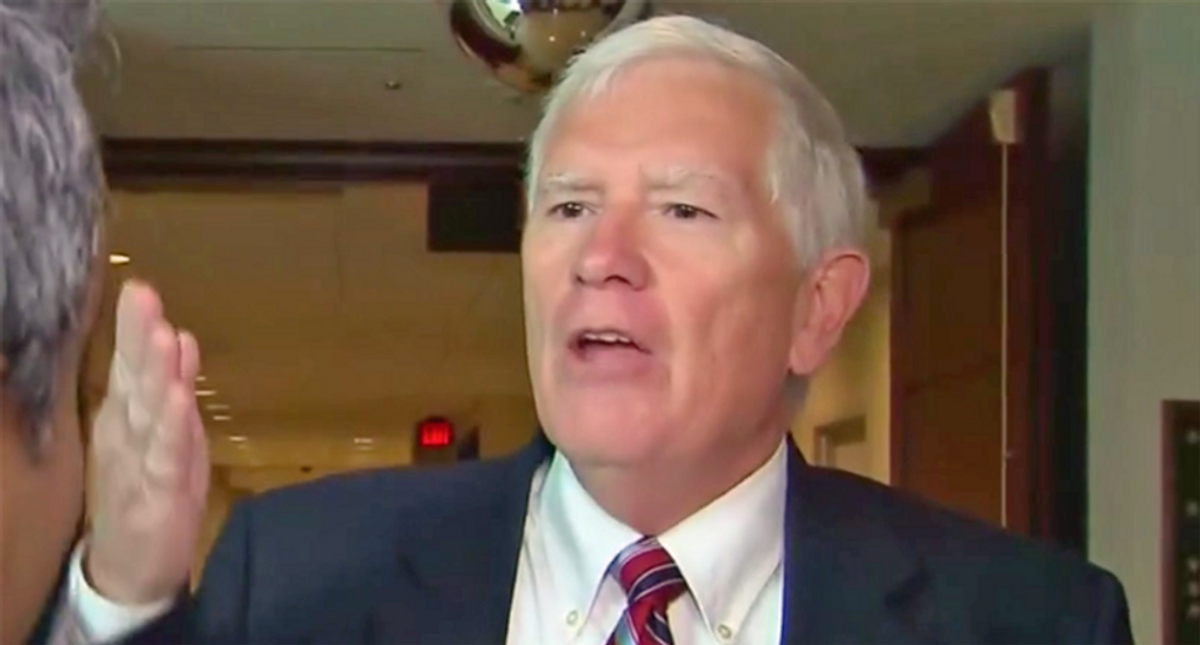 On Saturday, Al.com quoted Rep. Mo Brooks (R-AL) as calling the rioters who invaded the U.S. Capitol in January "fools."

"They did more to hurt the Republican Party and our efforts for honest and accurate elections than anybody could have, even those who would've followed a script written by the Democratic Party," said Brooks. He added that because of their violent attack, which left five people dead, Congress is unable to have a true debate on "voter fraud and election theft."

Brooks' criticism stands in stark contrast to January 6, when he himself was one of the speakers at the pro-Trump "Save America" rally that immediately preceded, and fed into, the invasion of the Capitol.

There is no evidence Brooks was aware of or was explicitly encouraging the violence; however, he was one of the members of Congress who raised a baseless objection to the Electoral College tally, and at the speech, he legitimized their actions, saying "Today is the day that American patriots start taking down names and kicking ass."

Brooks, a close ally of former President Donald Trump, is running for the Senate seat being vacated by longtime Alabama Sen. Richard Shelby.