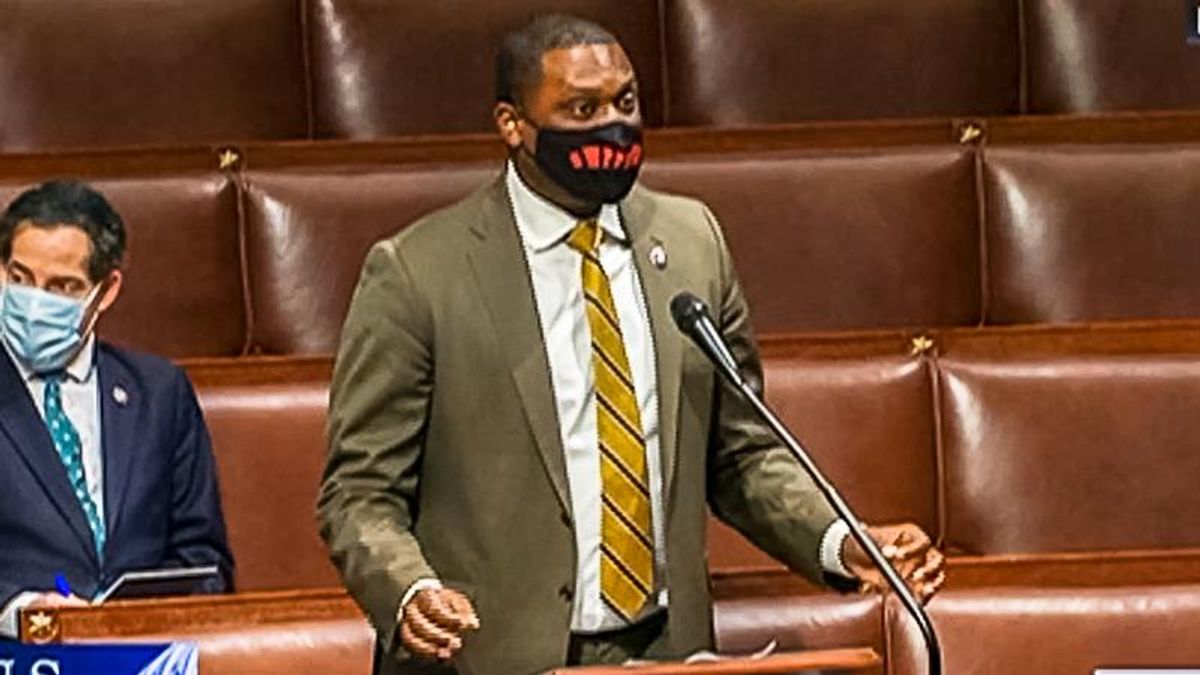 Rep. Mondaire Jones (D-NY) on Thursday said that Republican arguments against statehood for the District of Columbia are "racist trash."

Jones made the remarks during a debate about D.C. statehood on the U.S. House floor.

"I have had enough of my colleagues racist insinuations that somehow the people of Washington, D.C. are incapable or even unworthy of our democracy," Jones began. "One Senate Republican said that D.C. wouldn't be a -- quote -- well-rounded, working-class state. I had no idea there were so many syllables in the word 'white.'"

He continued: "One of my House Republican colleagues said that D.C. shouldn't be a state because the District doesn't have a landfill! My goodness, with all the racist trash my colleagues have brought to this debate, I can see why they're worried about having a place to put it."

At that point, Republican lawmakers erupted with anger and demanded that Jones's words be retracted. But the chair ruled that Jones could continue.

"The truth is that there is no good faith argument for disenfranchising," Jones said before he was interrupted again.

Jones eventually relented and allowed his words to be withdrawn from the record.

A spokesperson for Jones later told Forbes that he "stands by what he said" but agreed to withdraw the remarks to avoid an unnecessary vote.