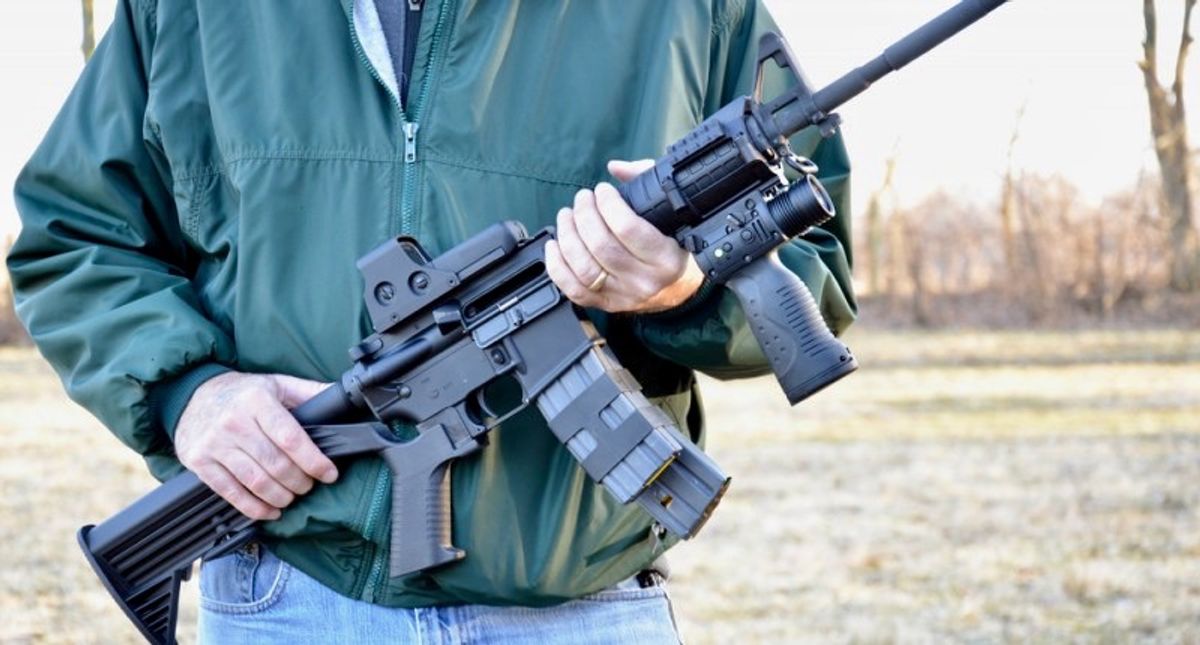 A Republican state representative from Montana floated a plan to add a depiction of an AR-15 rifle to his state's flag, but the proposal was quickly shot down by the state legislature.

The Associated Press reports that Republican Montana State Rep. Caleb Hinkle proposed adding depictions of guns, including the AR-15, to the Montana state flag in response to a proposal by Democratic State Rep. Moffie Funk that would have looked into redesigning the state flag in order to be more inclusive.

Hinkle said that his proposed change to the flag would highlight the "diversity" of all the guns owned by Montana residents.

"Pioneers, miners, soldiers, Native tribes, hunters, ranchers and more have been touched by 200 years of firearms diversity," he said.

Democratic State Rep. Jonathan Windy Boy, a member of the Chippewa Cree tribe, objected to Hinkle's claim that Native Americans benefited from having lots of firearms in the state.

"When you're talking about firearms and the history of Native Americans here, we're always at the end of the firearms," he said.

In the end, both Funk's and Hinkle's proposals failed, with the Republican's pro-gun plan losing by a lopsided vote of 12 in favor to 88 opposed.