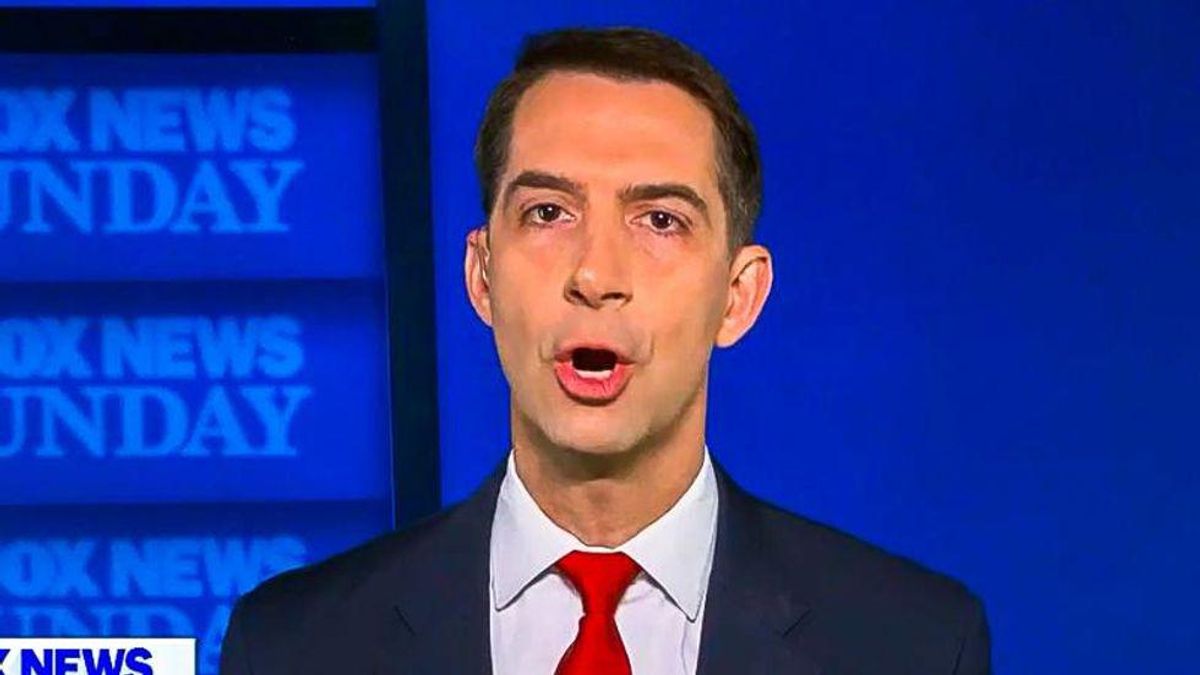 
He added, "Thus, we should expect that the Chinese government will attempt to collect genetic samples of Olympians at the Games, perhaps disguised as testing for illegal drugs or COVID-19."

Cotton also expressed concern about the event when he spoke from the Senate floor.

Twitter users quickly sounded off and compared him to Rep. Majority Greene who has made a career for herself on the strength of baseless QAnon theories. Some noted that there was never a safety concern for previous Olympic events in China. "He realizes they drug test at the Olympics and have for years? Did he have this concern during China's last Olympics?" one Twitter user wrote.

Another user wrote, "What a complete effing more=on! Any testing going on will be handled by a medical team with chain of custody so it's known where the blood specimens are at all times! This is not a 2-bit dog & pony show!"

The Hill requested comments regarding Cotton's letter. However, the White House and U.S. State Department have not yet responded to that request.