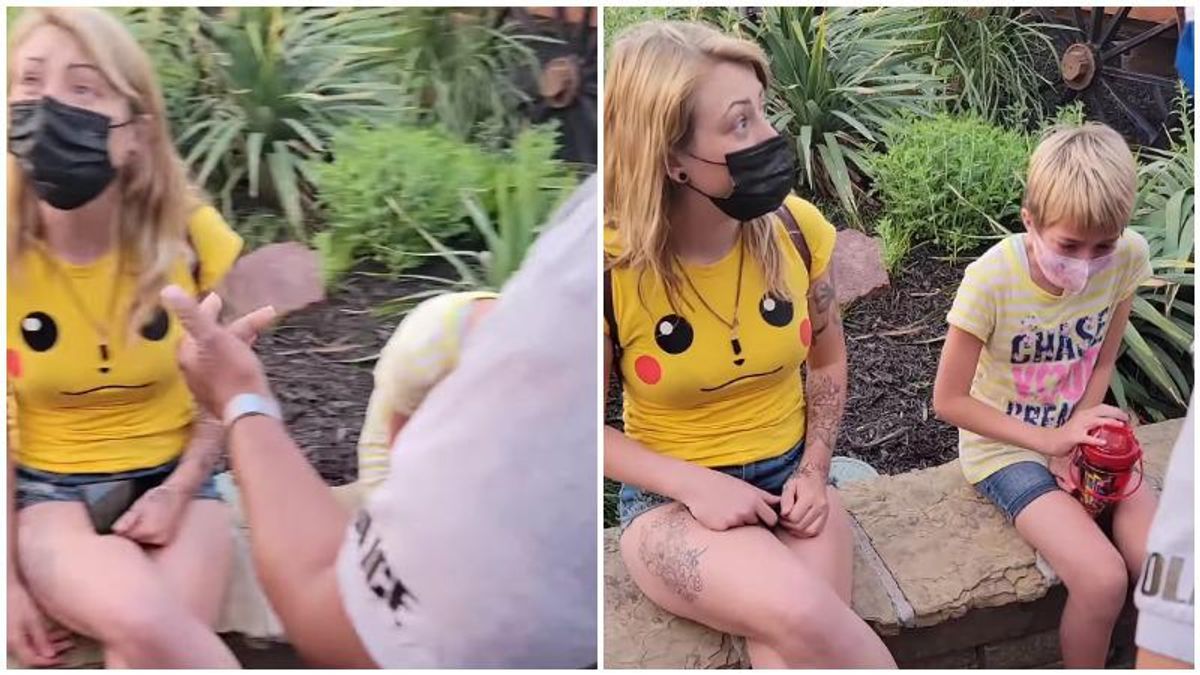 A woman says an officer threatened and body shamed her because she was wearing shorts deemed too short for the Six Flags amusement park in Oklahoma City.

Bailey Breedlove documented her experience on TikTok and Facebook. She says she has now been banned from the park for five years, The Kansas City Star reports.

Breedlove said the officer initially approached her for rolling down a hill in her state shoes, but then started reprimanding her for her shorts.

"I committed no crime and proceeded to walk to my boyfriend as I am autistic and have a hard time talking to officers," Breedlove wrote on Facebook. "She followed me yelling and calling for backup. Then your incompetent manager showed up and began body shaming me. I was told I needed to go buy new shorts which I am not obligated to purchase anything I don't want to."

According to the video, as Breedlove was exiting the park with her daughter, the officer detained her and wouldn't let her go until she showed her identification. Her daughter can be seen sitting next to her, crying.

As The Kansas City Star points out, Six Flags' dress code policy states it does "not allow clothing generally considered to be offensive."