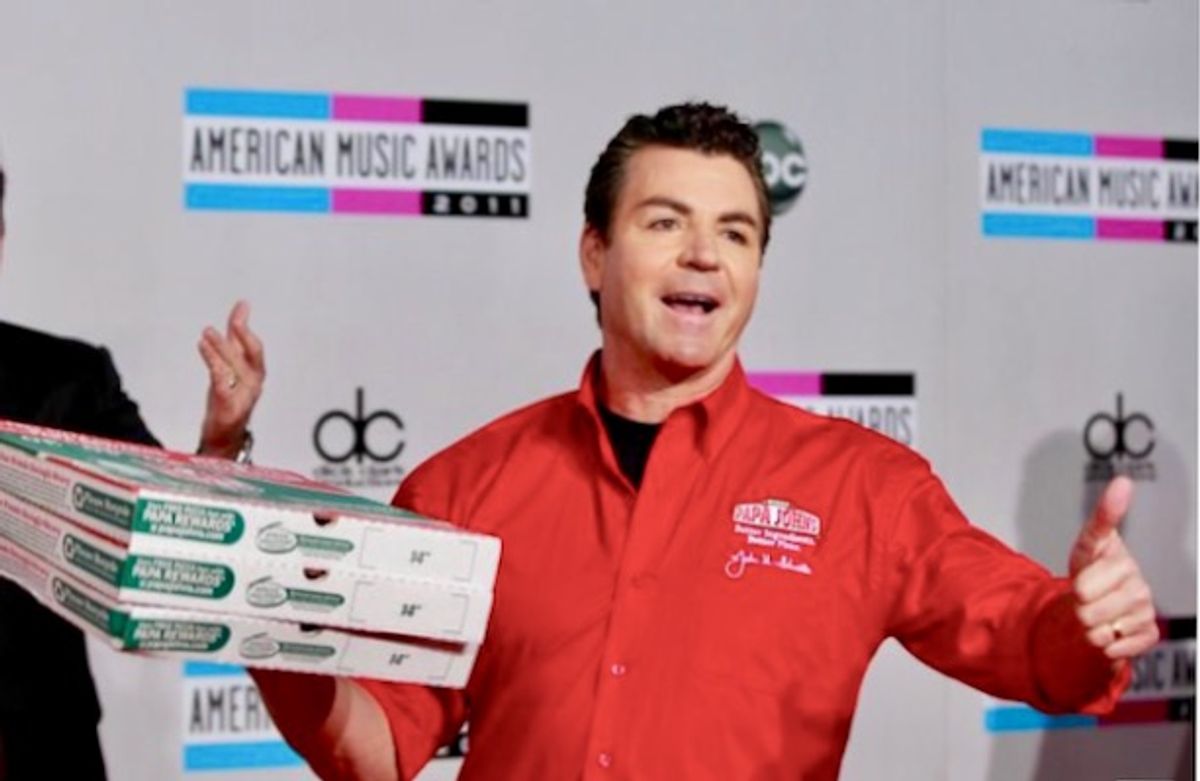 "I used to lay in bed thinking, how did they do this?" he lamented. "And we've had three goals for the last 20 months to get rid of this N-word in my vocabulary, and dictionary, and everything else. Because it's just not true. Figure out how they did this and get on with my life."

When Schnatter said that he was trying to uncover "how they did this," it's unclear what he meant as he was the one who resigned from his position.

Charles Duhigg writes in The Power of Habit that it typically takes an average of 66 days to make something a habit.

See how folks responded to Schnatter below:

"My name is Papa John and its been four months, three weeks and six days since I've said the n-word" *deafening applause*
— Trill Withers (@Trill Withers) 1615227739.0

@MaxAMaxim @Phil_Lewis_ @mount_bees If it's taking that long I think it's time to give up and just move to Alabama
— 🇺🇸sexymanAOC🇺🇸 (@🇺🇸sexymanAOC🇺🇸)1615228125.0

I have managed to go through my 33 years on this earth without saying it once, and I will gladly consult with Papa John to help him through this. My prices start at a reasonable 10,000 dollars a session, DMs are open
— Katinum Swagerty (@Khatmandont) March 8, 2021

@oklatexahomas @Phil_Lewis_ @mount_bees The greasy hair look does not make me want to order pizza from this man. I… https://t.co/VgzsnhOQkl
— Cheryl Corgi (@Cheryl Corgi) 1615229432.0