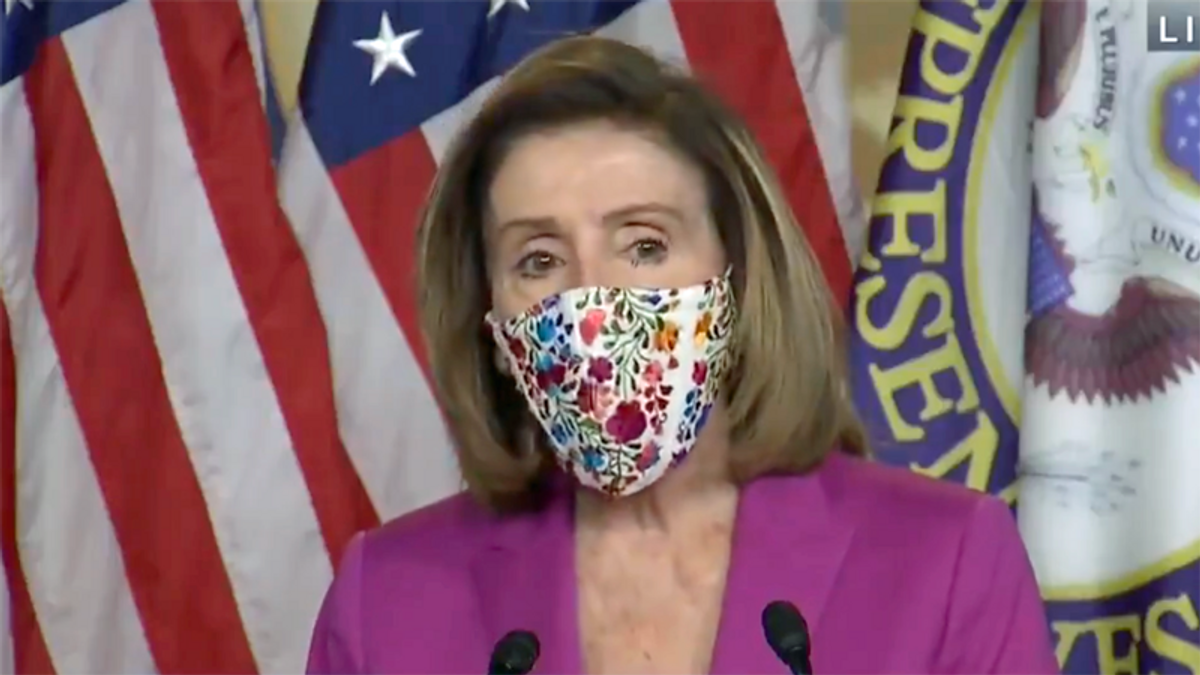 House Speaker Nancy Pelosi (D-CA) on Thursday called for President Donald Trump to be removed from office after a violent mob of his supporters stormed the Capitol in an effort to overturn the results of the 2020 election.

"In calling for this seditious act, the president has committed and unspeakable assault on our nation and our people," she charged.

"I join the Senate Democratic leader in calling on the vice president to remove this president by immediately invoking the 25th Amendment. If the vice president and cabinet do not act, the Congress may be prepared to move forward with impeachment. That is the overwhelming sentiment of my caucus -- and the American people, by the way," she explained.

"I join the Senate Democratic leader in calling on the vice president to remove this president by immediately invoking the 25th amendment. If the vice president and cabinet do not act, the Congress may be prepared to move forward with impeachment." -- Pelosi pic.twitter.com/tGdFSbNBMs
— Aaron Rupar (@atrupar) January 7, 2021