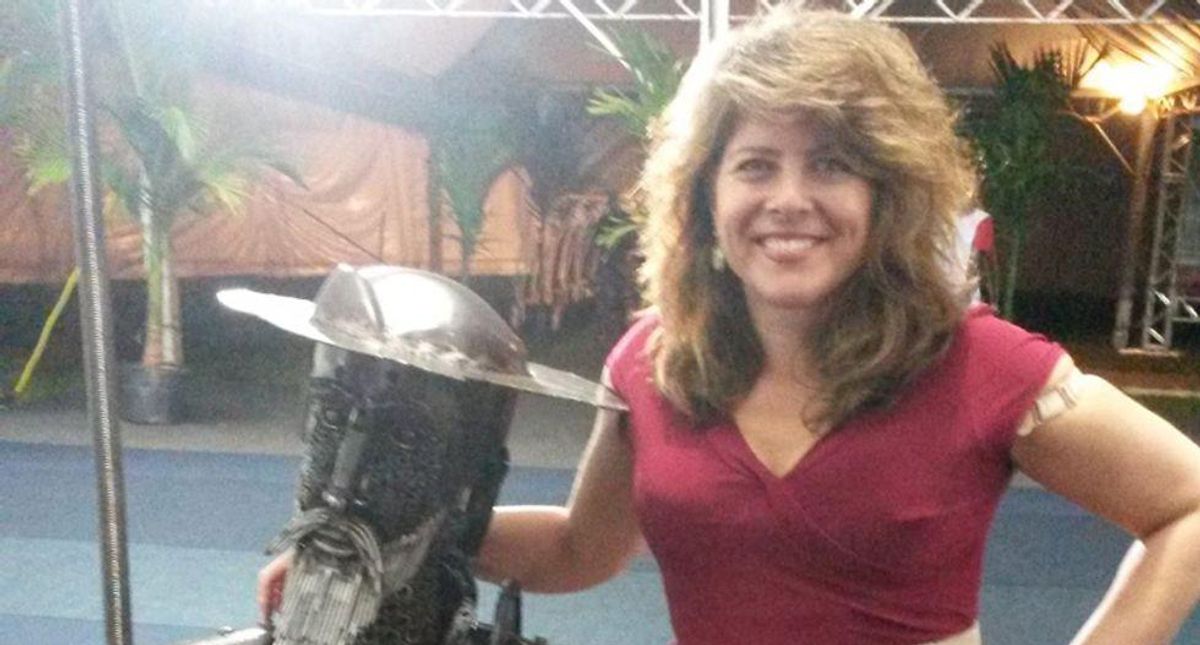 In recent years, Naomi Wolf has gone from being a distinguished adviser to former President Bill Clinton and prominent feminist author to an anti-vaccine conspiracy theorist on Fox News and social media. Now she will reportedly be featured at an anti-vaxxer event in New York.

Wolf has previously claimed that COVID-19 vaccines are a "software platform" that will let the government "upload" things into your DNA; that it causes people to "shed" mysterious substances that scramble nearby women's menstrual cycles; and that it will make people travel back in time like Pym Particles from "Avengers: Endgame."

But she is by no means done speaking.

According to Eoin Higgins for his Substack newsletter "Flashpoint," Wolf is headlining an anti-vaxxer event on Juneteenth — the holiday marking the day when the final enslaved persons in Texas were notified that the Civil War was over and they were free. And the choice of date is not a coincidence.

"Event organizer Kathryn Levin told me that in her view, it's appropriate," wrote Higgins. "'The 19th is a day of emancipation, and it's a day when we claim our freedom,' said Levin. 'It's when we see that we are not slaves to mandate. It's when we take our power back.' I asked Levin how she analogized American chattel slavery — where slaves were whipped, beaten, raped, and murdered by their white masters for centuries — to the temporary restrictions over the last 15 months due to the pandemic. 'We have been enslaved by our government,' she replied."

Vaccine hesitancy in the U.S. has plummeted as more and more doses have been administered and the program has proven successful at stopping the spread of COVID-19. However, the number of vaccinations is leveling off, presenting a challenge to meet President Joe Biden's goal of 70 percent of the country being vaccinated by the Fourth of July.