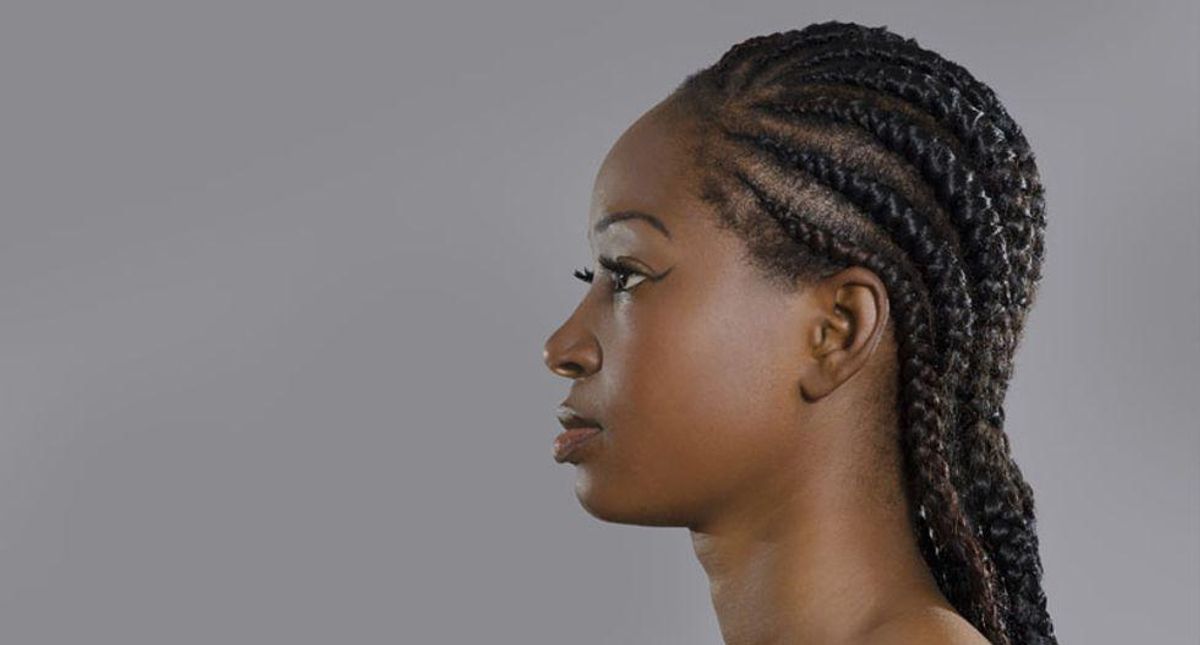 The NFHS is the National Federation of State High School Associations, a national organization that governs playing rules for high school sports in 19,500 high schools, their about page explained. Headquartered over 600 miles from the softball game, the Indiana-based organization purports to "serve its members" under the guise of "safety standards." It also calls itself the "national authority" on "defining values of education-based high school athletics."

The group doesn't clarify what someone's hair has to do with their "values." The group's board of directors is almost exclusively white with only two male Black members out of New Jersey and Mississippi. They were founded in 1920 and are classified as a 501(c)(3) nonprofit with a whopping $15,276,482 in revenue for 2019.

"When I came back to hit again, it was brought up that there was another issue," said sophomore Nicole Pyles, who was told to cut her braids. "That they couldn't see my number, but now it's a safety issue or a violation, whatever they want to call it."

"My team, all of my friends were cutting out some of my beads. They snatched some of the beads out of my hair," recalled Pyles. "I felt just so embarrassed and disrespected and just distraught at that point."

The NFHS hasn't released a statement on the matter or indicated any revisions to take into account Black hairstyles.

A 2018 report from Martezie Johnson in The Undefeated after a Black New Jersey wrestler was forced to cut his hair or forfeit a wrestling match, resulting in a cringe-inducing video that went viral.

"Black hair has always been a lightning rod issue that's forced African-Americans to have to defend both their hairstyles and humanity. Whether in school, the military, police departments, award shows or the U.S. House of Representatives, black hairstyles — be it braids, twists, dreadlocks or fades — have been deemed unacceptable (or illegal) in society simply for being different," wrote Johnson.