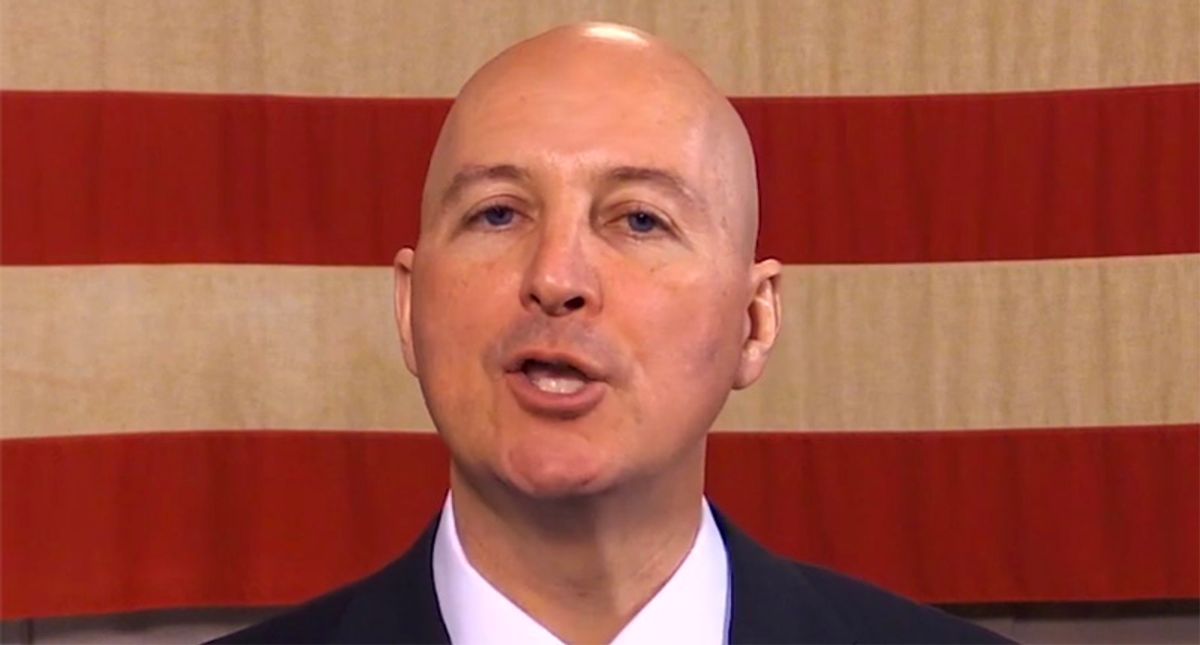 Republican Nebraska Gov. Pete Ricketts this week used the specter of child corpses to warn against the supposed dangers of legalizing marijuana.

Local news station WOWT reports that Ricketts and other anti-pot legalization advocates this week held a press conference in which they issued dire predictions of what would happen if Nebraska legalized weed.

"So this is a dangerous drug that will impact our kids," the governor said. "If you legalize marijuana, you're gonna kill your kids. That's what the data shows from around the country."

In fact, no data shows that legalizing marijuana leads to an epidemic of dead children.

In fact, some studies have found that legalizing pot may make people less likely to turn to potentially more addictive drugs, such as the prescription painkillers that were responsible for setting off the opioid crisis last decade.

In fact, as HealthLine reported this week, "researchers from the University of Pennsylvania reported that in states that enacted medical cannabis laws between 1999 and 2010, there was a 24.8 percent lower annual opioid overdose death rate, compared to states without medical marijuana laws."