Nevada cops 'robbed' a former Marine of $87,000 on the side of the road: lawsuit 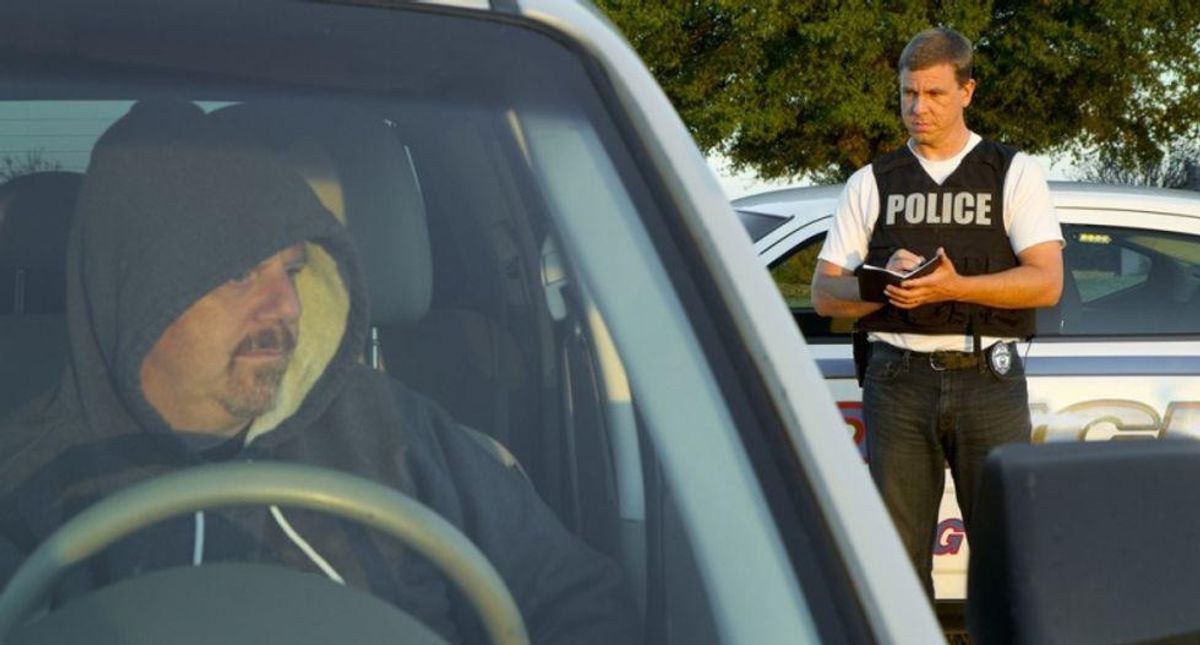 Nevada sheriff's deputies pulled over a former U.S. Marine for following a tanker truck "too closely." By the time they'd finished with him, they had taken $87,000 in cash, a Washington Post report detailed.

After police decided to take his money, Stephen Lara is suing, claiming that a drug dog "smelled something." Lara had documentation that the cash was his and that he'd been collecting it for some time. He explained to the police that he didn't trust banks.

According to Lara's ex-wife, he owes her $18,000 in child support, and she thinks he was keeping his money out of banks to avoid paying her.

"I left there confused. I left there angry," Lara said. "And I could not believe that I had just been literally robbed on the side of the road by people with badges and guns."

All of it is part of the Drug Enforcement Administration's process called "adoption," in which federal authorities can seize cash or property they think could be connected to illicit activity without any proof.

It was only after Lara got a lawyer, sued and started speaking to the press that the government agreed to return his money. The DEA claimed that they would do a broader review of what happened.

"The 'adoption' maneuver is particularly controversial, they say, because it involves federal law enforcement using its power to encourage a seizure by state police," reported the Post. "Much of the forfeited property ultimately goes back to the state agency if it's not returned to the original owner, and advocates say many owners don't have the means or sophistication to get their items back."

In 2014, John Oliver did a special discussing "civil forfeiture" explaining that in most cases, police can seize property and items from anyone, even if they haven't been charged with a crime.

In 2015, under President Barack Obama's administration, the Justice Department prohibited federal agencies from using the "adoption" method of assets unless it involved a public safety issue.

"This is the first step in a comprehensive review that we have launched of the federal asset forfeiture program," said former Attorney General Eric Holder. "Asset forfeiture remains a critical law enforcement tool when used appropriately – providing unique means to go after criminal and even terrorist organizations. This new policy will ensure that these authorities can continue to be used to take the profit out of crime and return assets to victims, while safeguarding civil liberties."

That ended when Donald Trump's administration came in, and Attorney General Jeff Sessions revived the practice. In just 2018 alone, the Justice Department scored $19.6 million in money and property it took.

Lara fit all of the characteristics that police look for when trying to conclude if someone is a drug trafficker. He had large sums of money. He was traveling via car from Texas to Northern California and back. He showed ATM withdrawals of more than $130,000 over three years, anticipating the cash would prompt questions, the Post noted.

Bodycam videos show the exchange between officers where they admit "everything lines up," while another says, "it's too easy to do an adoption."

Lara's lawyer got an email saying that the DEA would return the money, but they decided that the lawsuit against the government would move forward.

"This is a standard tactic that the federal government uses to try to prevent people from challenging the constitutionality of their cash cow," Lara's lawyer Westley Hottot said. They plan to seek interest as well, even though courts generally don't provide it.

"Which is really perverse when you think about it because a person who hires an attorney and has to file a lawsuit to get the money back is the person who needs the fees," Hottot said.