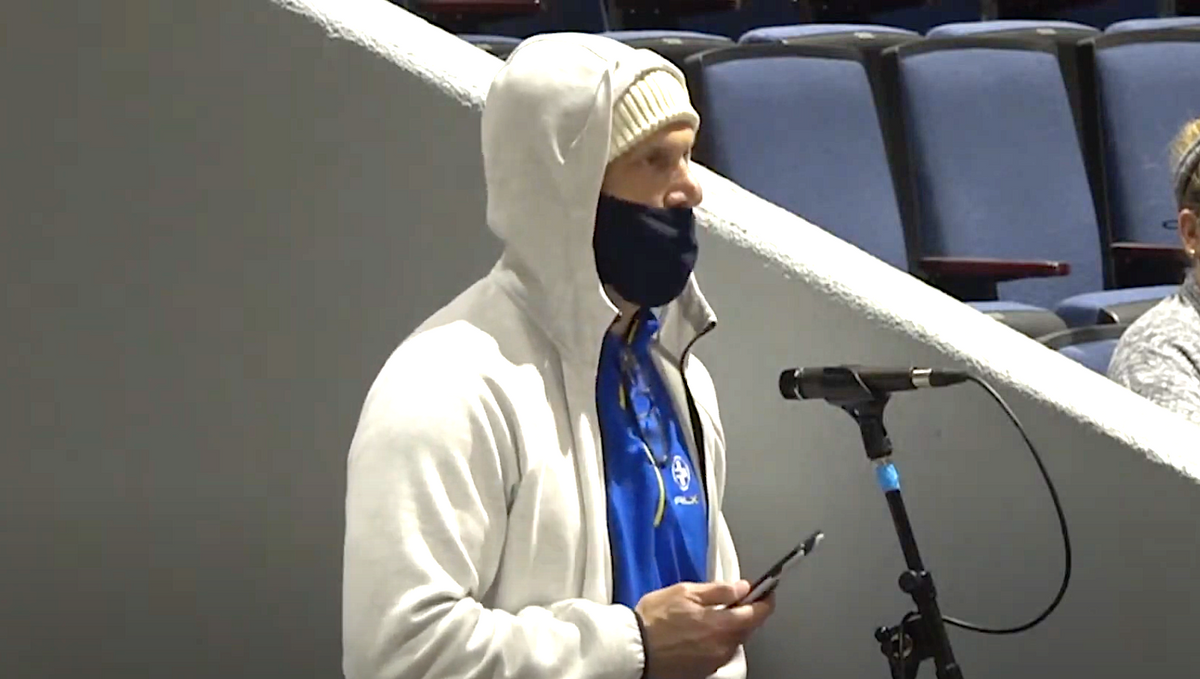 A New Jersey dad who went on a racially-charged rant at a school board meeting was later arrested last Friday, the New York Post reports.

Robert Vessechia, 55, was arrested on charges of disorderly conduct and criminal trespassing after he refused to leave the high school where the meeting was held and became "verbally abusive" with staff, police say. The incident reportedly took place on April 26.

Chatham police says Vessechia was "causing a disturbance" outside his son's school and had been told "numerous times that he was not wanted on school property, including the Board of Education Building, but he ignored their requests to leave."

"What I'm about to say is going to offend people, and I really don't care," Vessechia said at the meeting, adding, "I'm a person that this town believes is a racist."

"I'm a volunteer fireman, and the first thing we do when we get a call is find out if they are a minority, and if they are, we disregard them. Now, clearly, that's false," he said in the speech, which confused the school board members. Vessechia then quoted conservative commentator Candace Owens, claiming the greatest issue facing Black America "is father absence."

As the New York Post points out, the township of Chatham is made up of more than 80 percent white residents and fewer than 2 percent Black residents.

Watch the video below. The relevant portion begins at around 2:03:00: