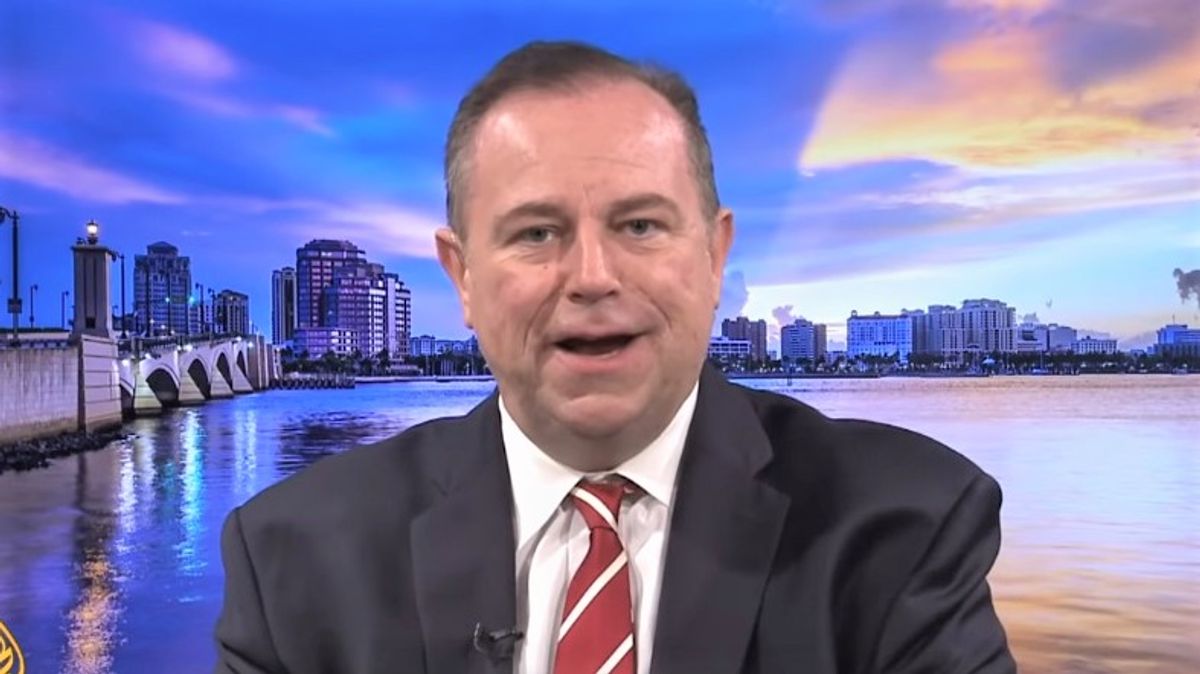 The pro-Trump news outlet Newsmax surged in visibility during Donald Trump's presidency, and its CEO, Chris Ruddy, cultivated his brand as a "Trump insider" throughout it all and wanted to frame the outlet as a bulwark against the mainstream media narrative on the former president. But now, his efforts have landed him in legal jeopardy, The Washington Post reports.

"Far more so than Fox, Newsmax promoted Trump's lie of a stolen election, and carried on with that message through and beyond Jan. 6, when a violent mob stormed the Capitol," the Post's Sarah Ellison, Jonathan O'Connell and Josh Dawsey write, alluding to the storm of defamation lawsuits voting tech companies have unleashed against pro-Trump outlets and figures who perpetuated conspiracy theories about mass voter fraud.

As the Post points out, as Trump rose in the polls in the run up to the 2016 election, so did Newsmax in popularity, and as a result, the outlet "turned a perpetually favorable lens toward Trump." When in 2020 Fox News' accurately projected that Biden would win Arizona enraged the president and his base, Newsmax responded by championing Trump's election fraud claims.

"But ultimately, Newsmax's ratings spike driven by false election fraud claims was short-lived — and created a much bigger problem."