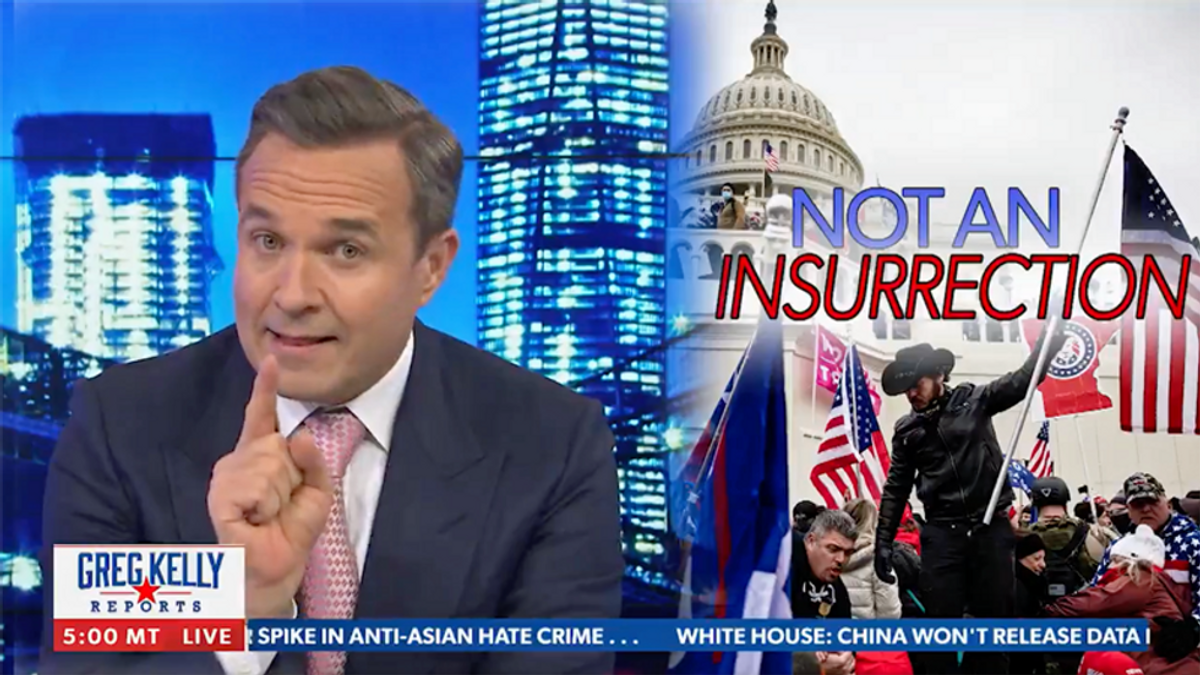 "But with Trump now more than seven months removed from the White House, out-Trumping the competition isn't proving to be the ratings hit these days that it was in December and January," said Rupar.

He cited the coverage of Trump's speech to the Turning Point conference in Phoenix, in which the network gave near-continuous coverage. Fox, on the other hand, bounced to its regularly scheduled programs.

While this worked for Newsmax in December and January, the attempts to out-Trump Fox News haven't paid off, as their viewership is down more than 50 percent as of January. The report quoted humiliating stats showing the network was pulling from "an average of about 300,000 viewers" to then "about 114,000 on July 18."

"The issue that I always come back to ... is that Newsmax is just not good," Media Matters Newsmax expert Josh Campbell explained. "It's very dull, it's very repetitive of conservative talking points I see everywhere else. They don't have nearly as big of a budget as Fox News does, and their hosts are just simply not as talented. It's hard to sustain huge viewerships when you're just not that good."

Fox News, by contrast, has flashy graphics, hot hosts in skimpy, short, tight dresses and a flood of Republican officials eager to speak on their airwaves. Newsmax has a lot of videos of Donald Trump and hosts like Sean Spicer, who was far more interesting when he was portrayed by actress Melissa McCarthy.

"To steal a line from the movie Scarface, Newsmax had basically gotten high on its own supply, and their viewers were left holding nothing at the end of all that. I think that played a major role," Campbell explained.

"During their ratings surge, there was frequent rhetoric coming from their hosts — Chris Salcedo one time said in early December that 'dedicated Democrats' ran Fox News," Campbell recalled. "They kept having all this rhetoric about how Fox News had betrayed Trump and, you know, people shouldn't watch it because of that."

He said that his favorite example was after Fox Business News canceled Lou Dobbs, Newsmax did daily coverage of it.

"One guest said that Lou Dobbs was too conservative for Fox News," said Campbell. "There was speculation about whether Newsmax would hire Lou Dobbs. There was even a weird 'man on the street' segment in April of a contributor to Newsmax walking around with a 'where's Lou?' sign. So they definitely tried to aestheticize themselves as the Trump-based network, and Fox as the betrayer of that."

In the end, however, it hasn't worked to keep their numbers up. According to AdWeek, Newsmax now struggles to get the audience larger than Nick-at-Night, the Golf Channel, the Game Show Network, the Lifetime Movie Network and the Weather Channel, to name a few.

Read the full interview with Campbell by Aaron Rupar here.