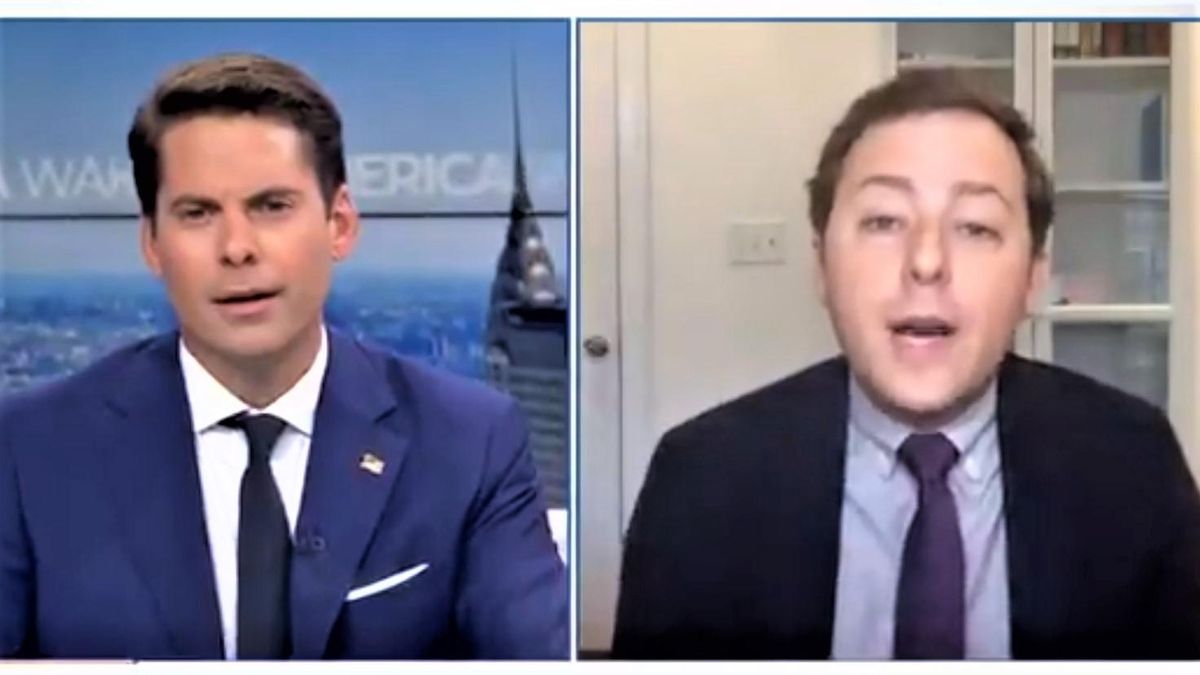 David Litt, a one-time speechwriter for former President Barack Obama, appeared on Newsmax this week to discuss Tesla CEO Elon Musk's appearance on Saturday Night Live -- but immediately changed the subject to the network's lies about the 2020 presidential election.

After Litt was asked what he thought of Musk's performance on SNL performance over the weekend, the former Obama speechwriter immediately pivoted to attacking the network for promoting lies about Dominion Voting Systems rigging the election for President Joe Biden.

"What happened on SNL this weekend is people made stuff up and then said it on television like it's true," he began. "That actually happens pretty frequently on American TV. For example, in 2020 Dominion Voting Systems sued Newsmax over its false claims about election fraud. Newsmax was lying to its own viewers and Newsmax actually had to settle that lawsuit."

The Newsmax anchor accused Litt of not responding to his question and ambushing him with a separate topic he had no interest in discussing.

"I can see why you don't want to talk about Dominion Voting Systems!" Litt responded. "Because if you do, Newsmax could get sued and lose billions of dollars because these are lies!"

Newsmax anchor: What happened on SNL? @davidlitt: "People made stuff up, then said it on television like it's true,… https://t.co/SRZb0OtueU
— Andrew Feinberg (@Andrew Feinberg)1620650046.0