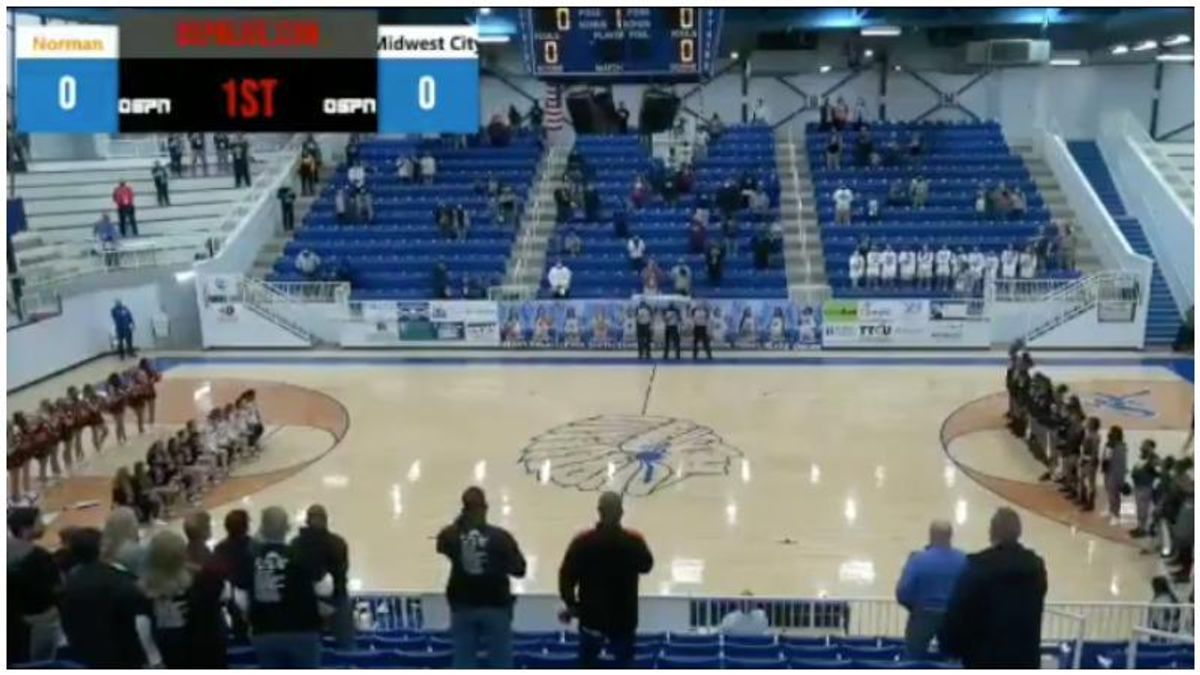 During a basketball game at Norman High School in Oklahoma this Thursday, a live mic caught an announcer using the N-word while angrily lamenting players who chose to kneel during the playing of the National Anthem, OU Daily reported.

The slur was noticed in a tweet a from Norman High girls' basketball coach Frankie Parks, where broadcasters from the National Federation of High School Network can be heard criticizing the players who took a knee.

One commentator can be heard saying "F*** them" and "I hope Norman gets their ass kicked."

Responding to the backlash, Norman Public Schools Superintendent Nick Migliorino sent out an email to parents acknowledging the incident.

"Last night during the Norman High School girls' basketball game versus Midwest City in the Oklahoma 6A State Basketball Tournament, National Federation of High School Network announcers on a live stream broadcast made racist and hateful comments targeted at our Norman High student athletes," Migliorino wrote. "The announcers were contracted by (the Oklahoma Secondary School Activities Association) for the state tournament."

Migliorino went on to write that the district condemns and "will not tolerate the disgusting words and attitudes" that the announcers displayed.

"We fully support our students' right to freedom of expression and our immediate focus is to support these girls and their coaches and families, particularly our Black students and coaching staff," he wrote. "It is tragic that the hard work and skill of this team is being overshadowed by the vile, malignant words of these individuals."