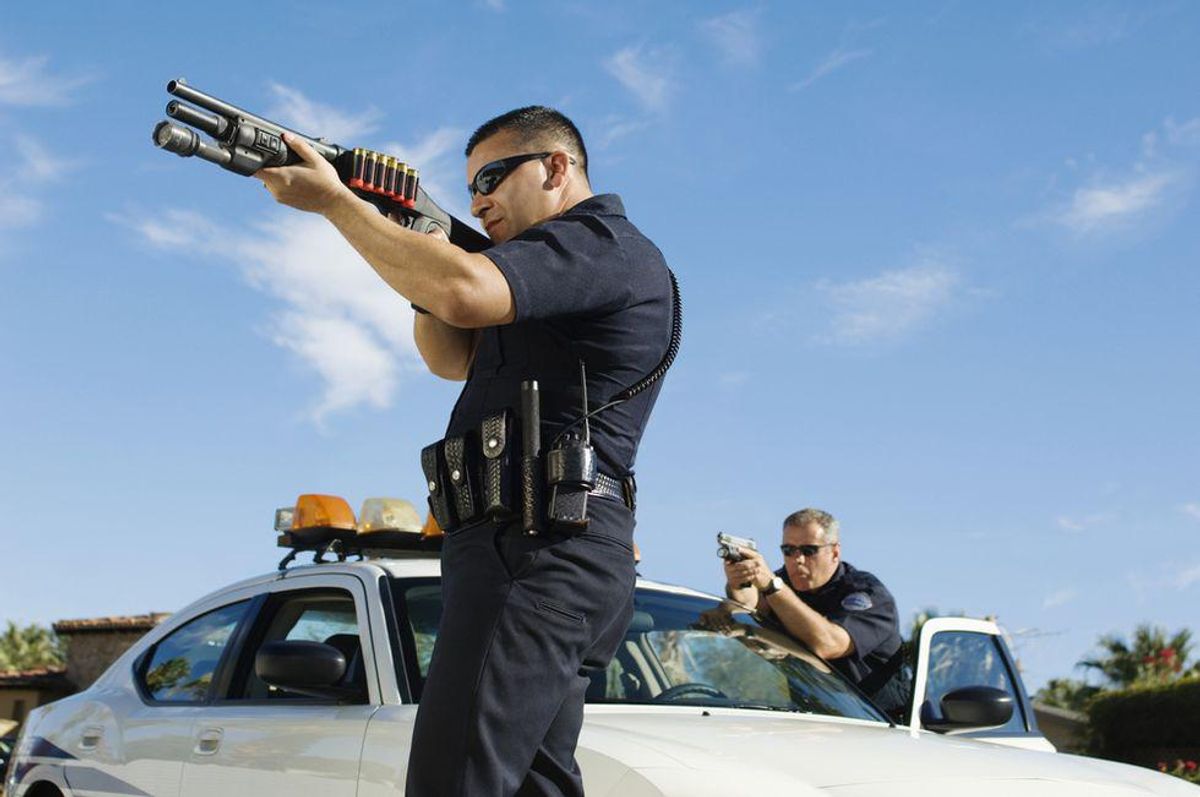 A North Carolina officer is on leave after shooting a motorist who drove off from a traffic checkpoint, reported Fox8.

"Tarboro police said in a news release that the motorist drove off on Sunday after the officer smelled alcohol and marijuana in the car," said the report.

The officers took chase, and the driver hit another car. He then got out and ran on foot. The officer caught up to the man and tried to take him into custody, but his gun "went off," the police news release said.

The man was injured but not killed.

"Police filed multiple charges against the driver, and the N.C. State Bureau of Investigation is looking into the incident," said the report.

Police are typically trained extensively on how to shoot their weapons and handle them.