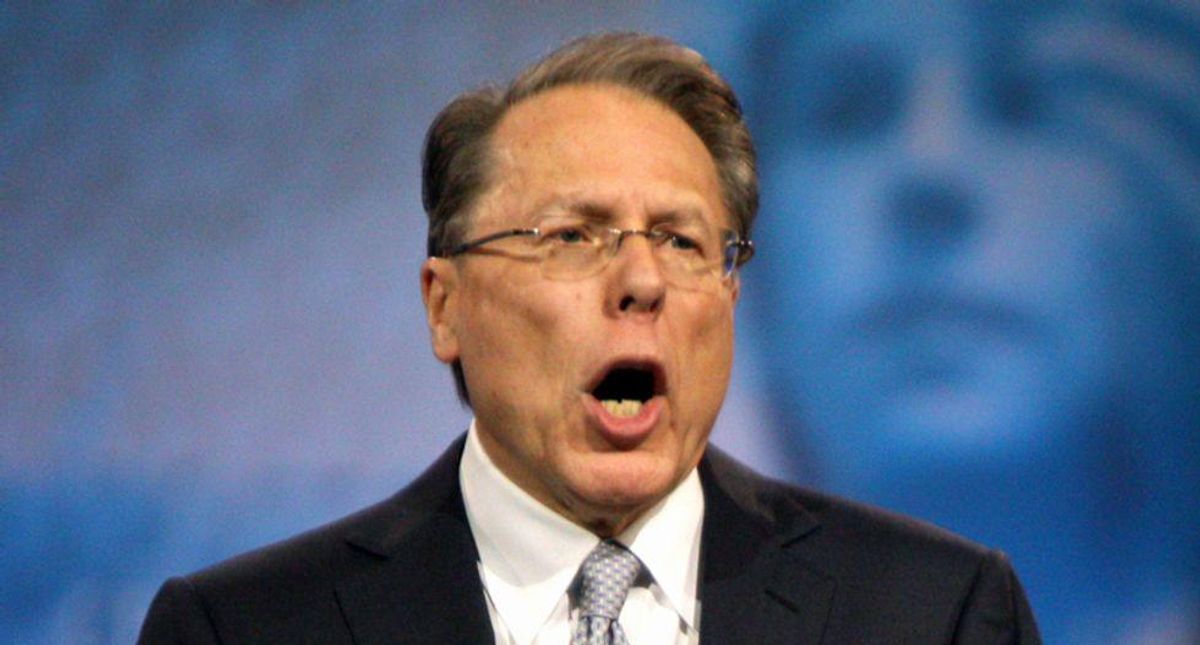 In court this week, the organization said that "bankruptcy protection ... is necessary in the face of what they describe as a politically motivated investigation by the state of New York." They said they had to file for "Chapter 11 bankruptcy and plans to move to Texas because of the existential threat presented by the New York attorney general's suit."

Under Wayne LaPierre's leadership, the organization spent millions of funds on his personal needs, along with lavish vacations and travel along with private air flights.

"The process Mr. LaPierre followed to file this bankruptcy case is itself a master class in bad faith and dishonest conduct," said Assistant New York Attorney General Monica Connell, claiming LaPierre hid the bankruptcy plan from the NRA board members and its general counsel.

NRA vice president Charles Cotton testified that the board was behind the move, even if they weren't informed about what was happening. March 28, he said that the board endorsed the bankruptcy and reorganization announced in January.

"During opening arguments in the trial, which is being conducted via WebEx videoconference, NRA lawyer Greg Garman called [Chairman Wayne] LaPierre an 'irreplaceable asset,' citing his fundraising abilities and defending his management."

Fellow board member and Kansas judge, Phillip Journey, said that he wasn't told anything about the bankruptcy and didn't learn about it until it was public. He is among those who have intervened in the case, asking the judge to appoint an examiner to review NRA decision-making.

Prosecutors from New York investigating the organization's finances suggested that the court appoint a trustee to allocate funds while the proceedings are moving forward.

The NRA's lawyers maintained that such a move would kill the organization.

"A trustee is, in fact, a death sentence," said NRA lawyer Greg Garman, claiming it would prevent LaPierre from raising money.

"In addition to the attorney general, the NRA's longtime advertising agency, Ackerman McQueen, is opposing the bankruptcy petition, arguing that it is a ploy to avoid litigation and scrutiny of the group's spending.

Ironically, the group claims that they have plenty of money, but bankruptcy is necessary because the "political" New York lawsuit could destroy the organization because it "seeks to dissolve the organization" as part of the financial scandals.

"The NRA maintains it is in sound financial condition, but said it had to file for Chapter 11 bankruptcy and plans to move to Texas because of the existential threat presented by the New York attorney general's suit," the Post explained.

The New York assistant AG "urged the court to reject the NRA bankruptcy petition," saying that it would allow them to escape accountability for possible financial crimes being investigated in their state.