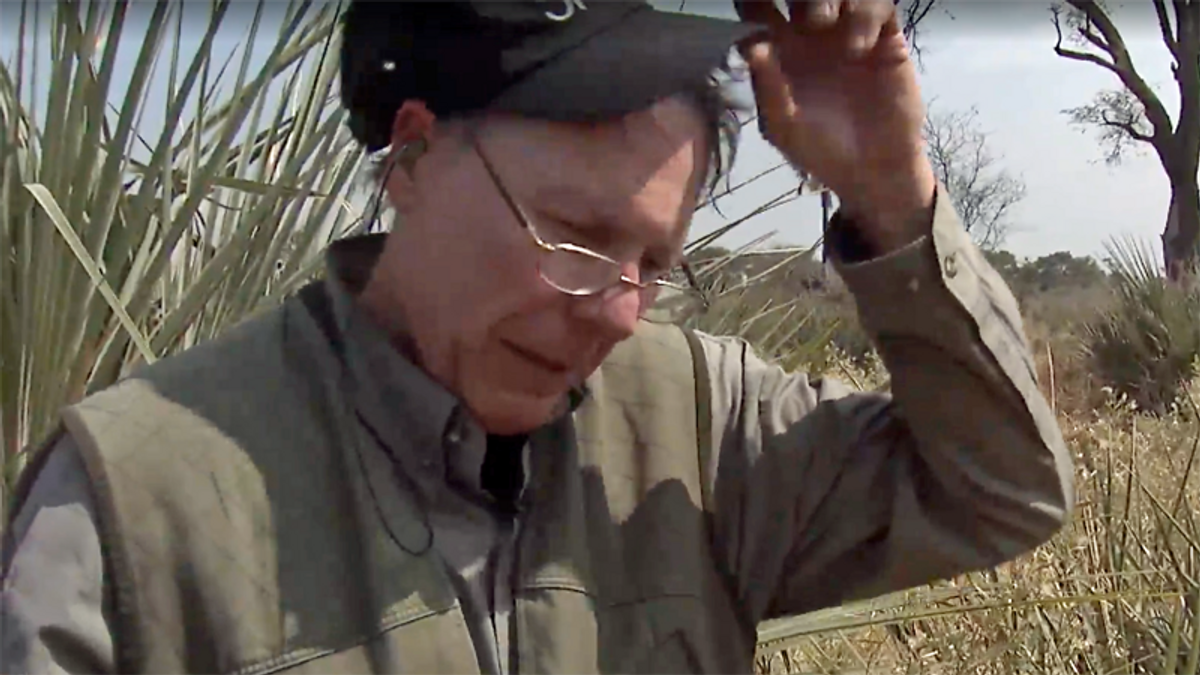 Wayne LaPierre of the National Rifle Association was blasted on Tuesday after graphic video emerged of his "botched" elephant hunt in Botswana's Okavango Delta.

"The trip was filmed by a crew from 'Under Wild Skies,' an N.R.A.-sponsored television series that was meant to boost the organization's profile among hunters—a key element of its donor base. But the program never aired, according to sources and records, because of concerns that it could turn into a public-relations fiasco," the magazine reported.

"The Trace and The New Yorker obtained a copy of the footage, which has been hidden from public view for eight years. It shows that when guides tracked down an elephant for LaPierre, the N.R.A. chief proved to be a poor marksman. After LaPierre's first shot wounded the elephant, guides brought him a short distance from the animal, which was lying on its side, immobilized. Firing from point-blank range, LaPierre shot the animal three times in the wrong place," The New Yorker reported. "Finally, a guide had the host of 'Under Wild Skies' fire the shot that killed the elephant."

The gun activists was harshly criticized for his hunt. Here's some of what people were saying:

Seems like once a month I read a story about elephants killing poachers, and this was a real missed opportunity. https://t.co/ZwhsBFk7X9
— james_roe (@james_roe)1619558254.0

The only thing that stops an endangered creature from living peacefully is a socialite with a gun https://t.co/ffahmWYyID
— Justin Miller (@Justin Miller)1619556575.0

NRA Wayne LaPierre's wife after shooting an elephant. These people have no empathy. They destroy beauty and life an… https://t.co/CpylrMMuXq
— Nell Scovell (@Nell Scovell)1619555499.0

Would be almost comical if it weren't so barbaric https://t.co/fIY4TIxNTT pic.twitter.com/V9RHiZtrto
— Christopher Ingraham (@_cingraham) April 27, 2021

This is so sickening to watch. More like a murder than a hunt. Elephants are such majestic creatures, and this one… https://t.co/yS1aHiBB5B
— Ty McCormick (@Ty McCormick)1619556737.0