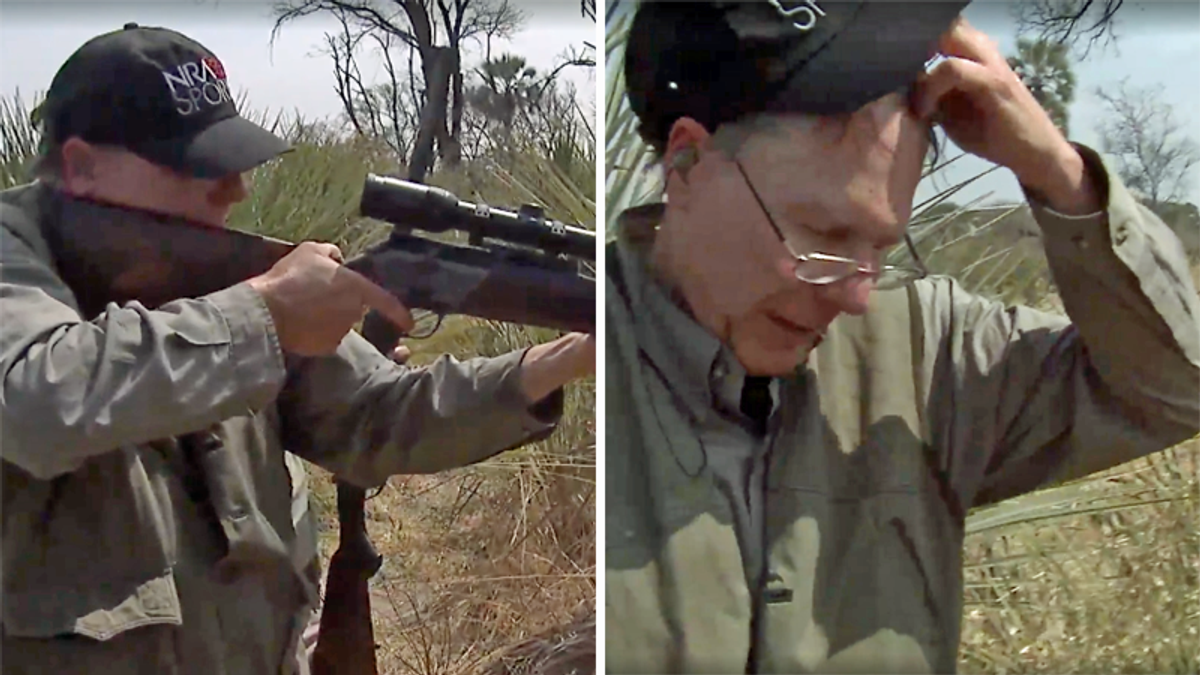 Video obtained by The New Yorker shows Wayne LaPierre of the National Rifle Association on a "botched" elephant hunt.

The video reportedly shows LaPierre and his wife, Susan, on an elephant hunt on Botswana's Okavango Delta.

"The trip was filmed by a crew from 'Under Wild Skies,' an N.R.A.-sponsored television series that was meant to boost the organization's profile among hunters—a key element of its donor base. But the program never aired, according to sources and records, because of concerns that it could turn into a public-relations fiasco," the magazine reported.

"The Trace and The New Yorker obtained a copy of the footage, which has been hidden from public view for eight years. It shows that when guides tracked down an elephant for LaPierre, the N.R.A. chief proved to be a poor marksman. After LaPierre's first shot wounded the elephant, guides brought him a short distance from the animal, which was lying on its side, immobilized. Firing from point-blank range, LaPierre shot the animal three times in the wrong place," The New Yorker reported. "Finally, a guide had the host of 'Under Wild Skies' fire the shot that killed the elephant."

His wife had better luck.

"Later that day, Susan LaPierre showed herself to be a better shot than her husband. After guides tracked down an elephant for her, Susan killed it, cut off its tail, and held it in the air," the magazine reported. 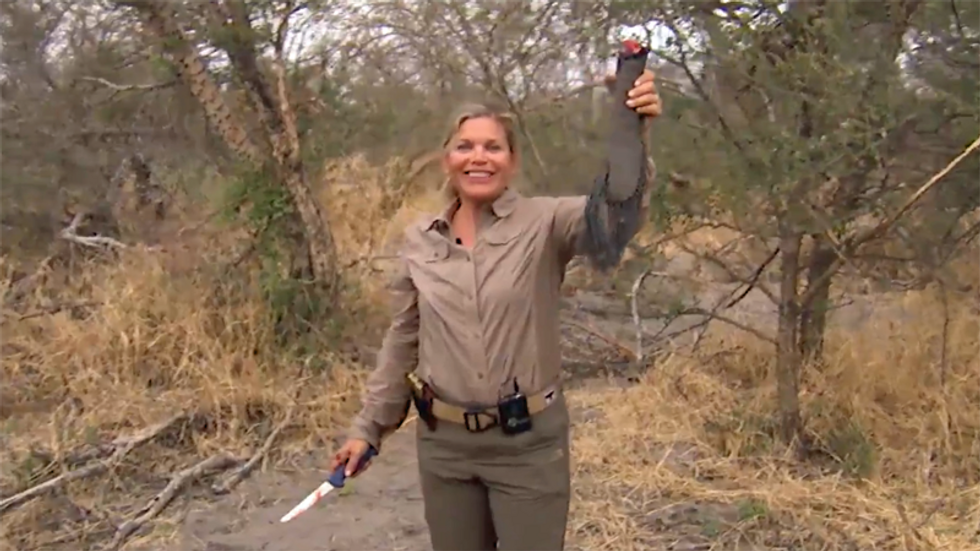