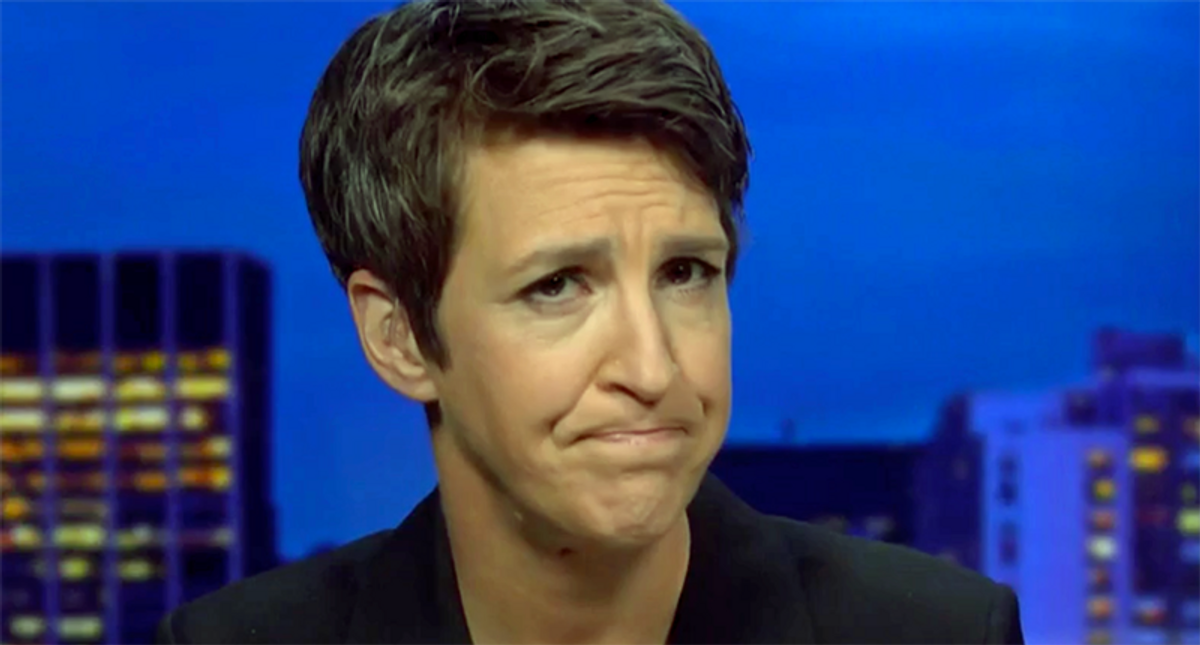 Specifically, she noted, the GOP's defense rests on the shaky legal reasoning that it's unconstitutional to impeach a president who is no longer in office — and yet Trump does his best not to acknowledge he isn't in the office anymore in the first place.

"Donald Trump is not calling himself the former president. And it's not just with the name of the office," said Maddow. "Today, his spokesman for his post-presidential office said on Newsmax TV, 'I do not expect the 45th president to be in Washington next week.' You mean the former president? No, no, no, that cannot be said. I've been sort of picking at this for a few days now, but it is now going on for long enough and it is insistently consistent enough that this is worth noticing. In part because Mr. Trump really does appear to be insisting on this and that could get very weird very quickly."

"Republicans right now are heading into the impeachment trial which starts at the beginning of next week and they think that they are mounting a defense against the conviction of Donald Trump on the technical grounds that the Senate shouldn't even be holding an impeachment trial for him because he's not president anymore. Because he's a former president," said Maddow. "I'm here to tell you, dude does not agree that he is a former president. And he is not allowing anyone to describe him that way."

"If that's the trapdoor they're going to use to try to get him out of a Senate impeachment conviction, he's going to fight it," she continued. "He insists he cannot be called a former president. He must be called the 45th president. He's still using the presidential seal. There's no sign that he concedes that there's now a 46th president so he's an ex. I mean, how many ticks are we away from him claiming that he is still in office, that he still has the powers of the presidency? That he's rightfully still president?"