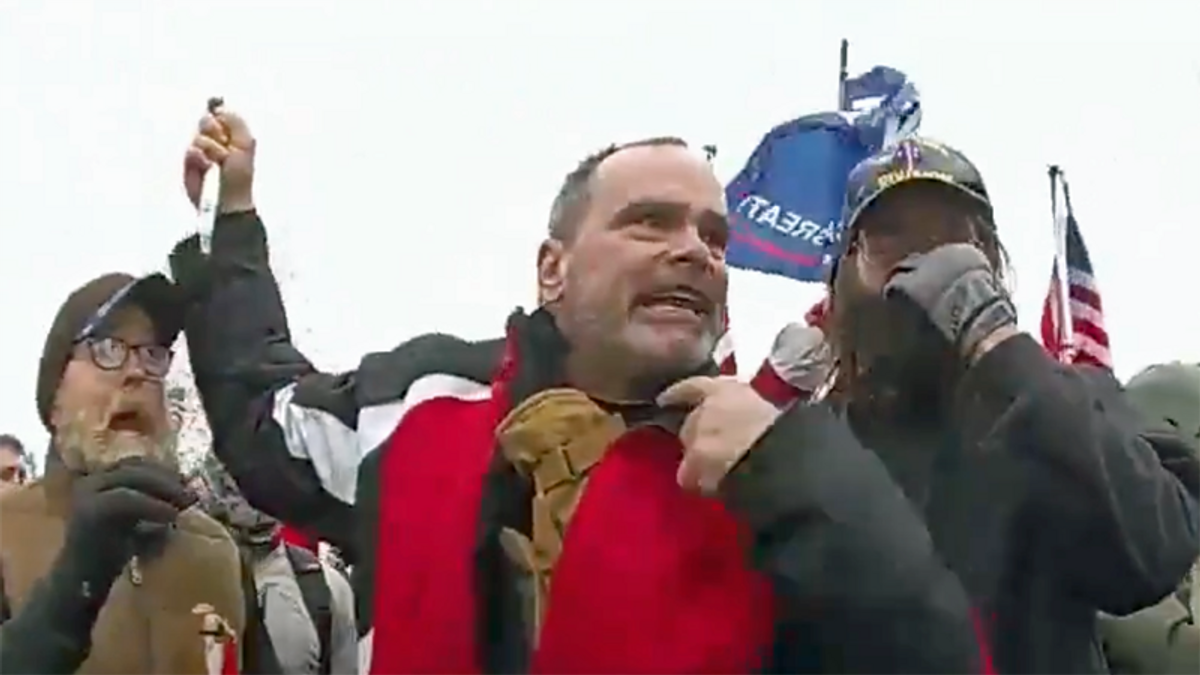 Webster has been charged with seven counts of federal crimes that include federal prosecutors describing the flag pole in question as a "deadly or dangerous weapon." 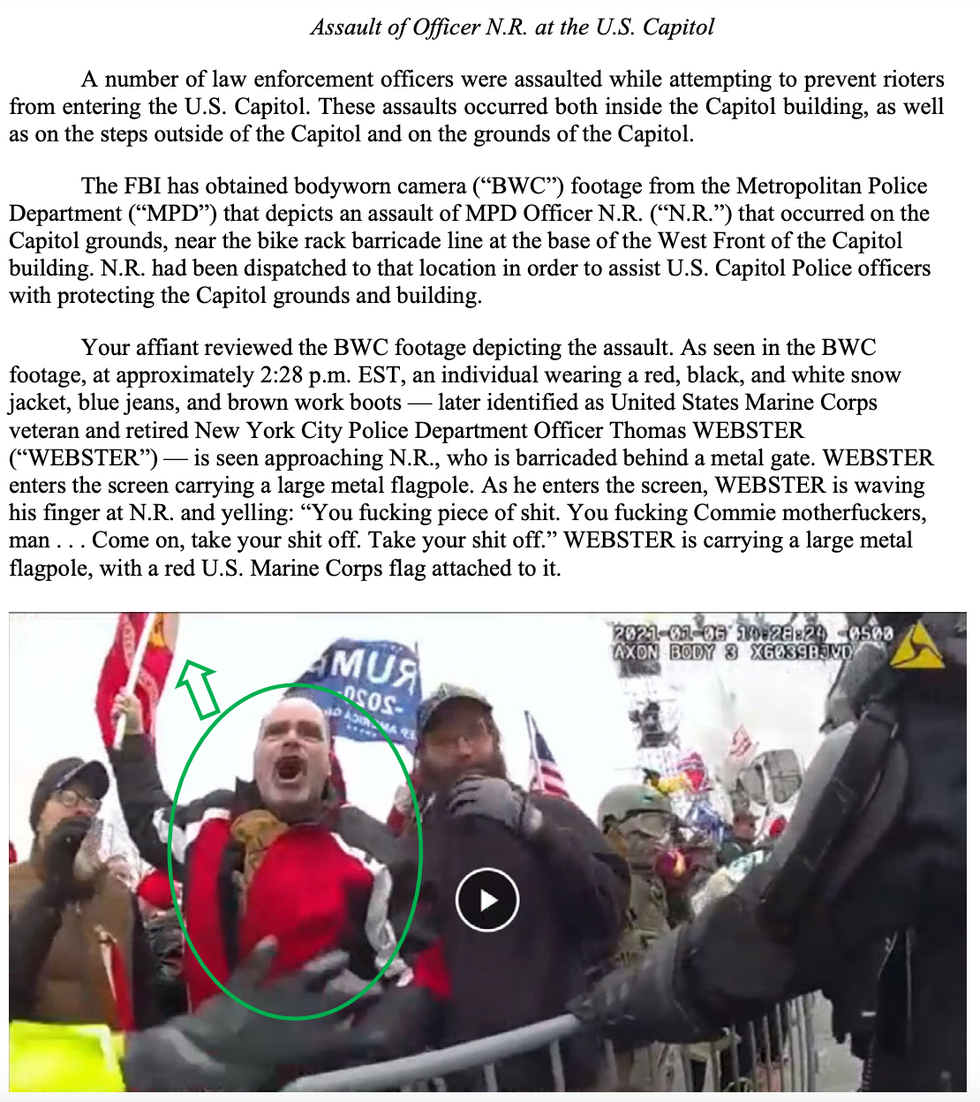