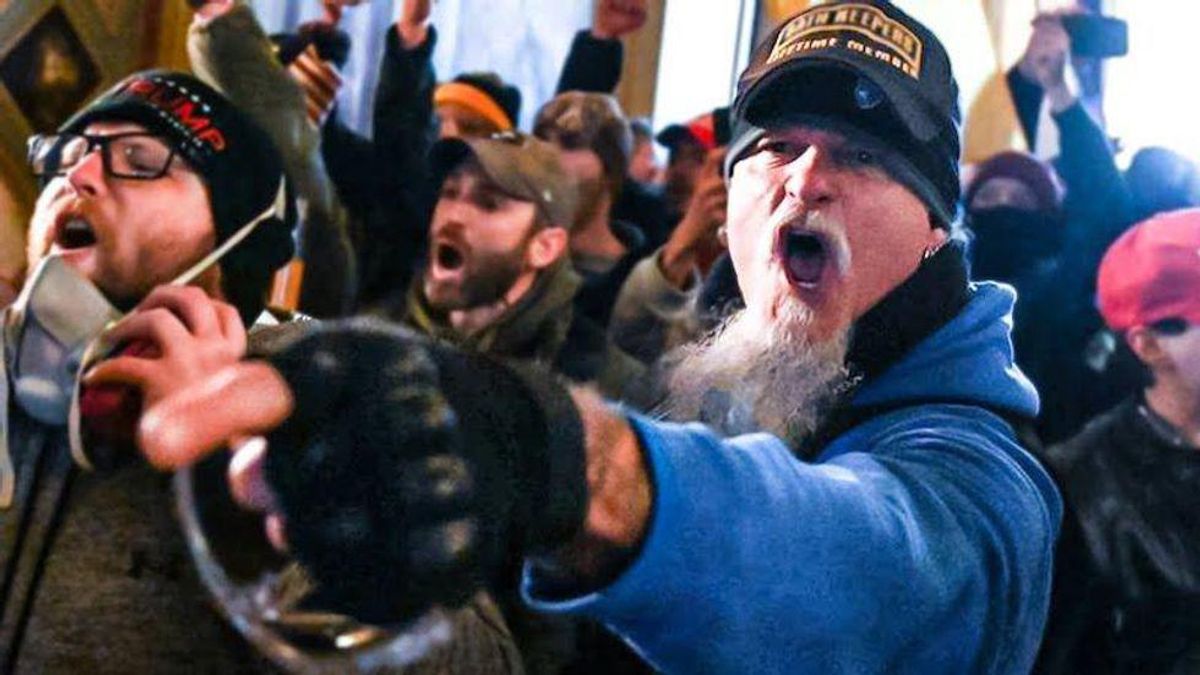 Federal prosecutors continue to make arrests of those accused of conspiring to commit the January 6th insurrection by supporters of Donald Trump seeking to overturn the 2020 election results.

"Three Florida men and one Alabama man were arrested for crimes related to the breach of the U.S. Capitol on Jan. 6, which disrupted a joint session of the U.S. Congress in the process of ascertaining and counting the electoral votes related to the presidential election," DOJ's U.S. Attorney's office for the District of Columbia announced on Thursday.

"Joseph Hackett, 50, of Sarasota, Florida; Jason Dolan, 44, of Wellington, Florida; William Isaacs, 21, of Kissimmee, Florida; and Jonathan Walden, 46, of Birmingham, Alabama, are charged with federal offenses that include conspiracy, among other charges, related to the Jan. 6 Capitol breach. Dolan was arrested on Thursday, May 27, and Isaacs self-surrendered the same day. Hackett was arrested on Friday, May 28. Walden was arrested today, June 3. Hackett, Dolan, Isaacs and Walden are the latest four of 16 defendants to be arrested in this case," the DOJ explained.

"As alleged in the indictment, the defendants agreed to plan and participate in an operation to interfere with the certification of the electoral college vote by coordinating in advance with others, using websites and social media to recruit participants, and traveling to Washington, D.C., with paramilitary gear and supplies including firearms, tactical vests with plates, helmets and radio equipment," the DOJ noted. "On the afternoon of Jan. 6, Walden and others rode in a pair of golf carts toward the Capitol, at times swerving around law enforcement vehicles. After they arrived at 2:33 p.m., Walden and others aggressively berated and taunted law enforcement officers in riot gear guarding the perimeter of the building. At 2:35 p.m., Hackett and Isaacs joined together with others known and unknown to form a column or 'stack' of individuals wearing Oath Keepers clothing, patches, insignia and battle gear, each keeping at least one hand on the shoulder of the other in front of them. Dolan joined the stack at the top of the steps and the group collectively and forcibly entered the Capitol."