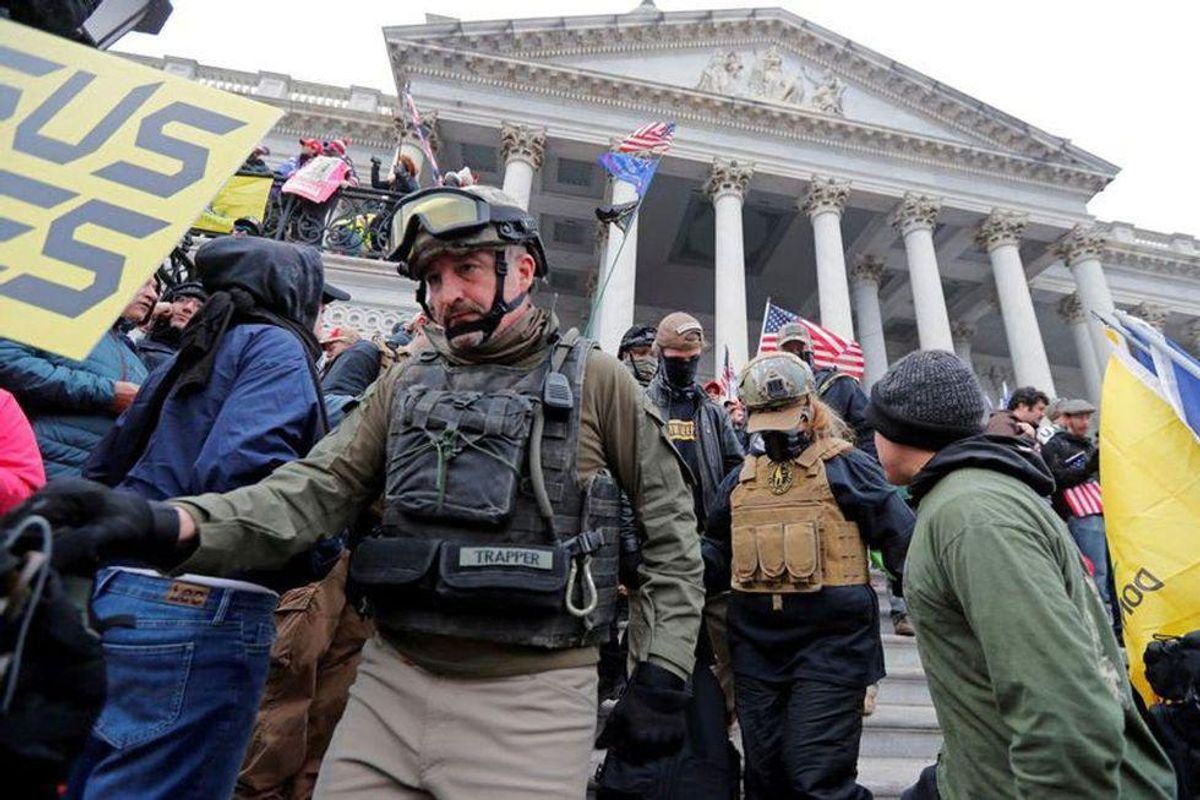 "There's one plea agreement in a high level case, an accused Oath Keeper charged with conspiracy," MacFarlane explained. "He's been offered witness protection and has agreed to cooperate with the feds... that's the epicenter of the case right now."

The Oath Keeper in question is 53-year-old Jon Ryan Schaffer, a heavy metal guitarist who was caught on camera assaulting Capitol police with bear spray.

According to MacFarlane, Schaffer is facing "the most serious" charges from investigators, as he's been accused of taking part in a conspiracy to plan and carry out the attack on Congress.

About 1% of defendants from Jan 6 have reached a plea agreements. (Many more to come) But one is much different th… https://t.co/Dig1TLcUgy
— Scott MacFarlane (@Scott MacFarlane) 1624395464.0