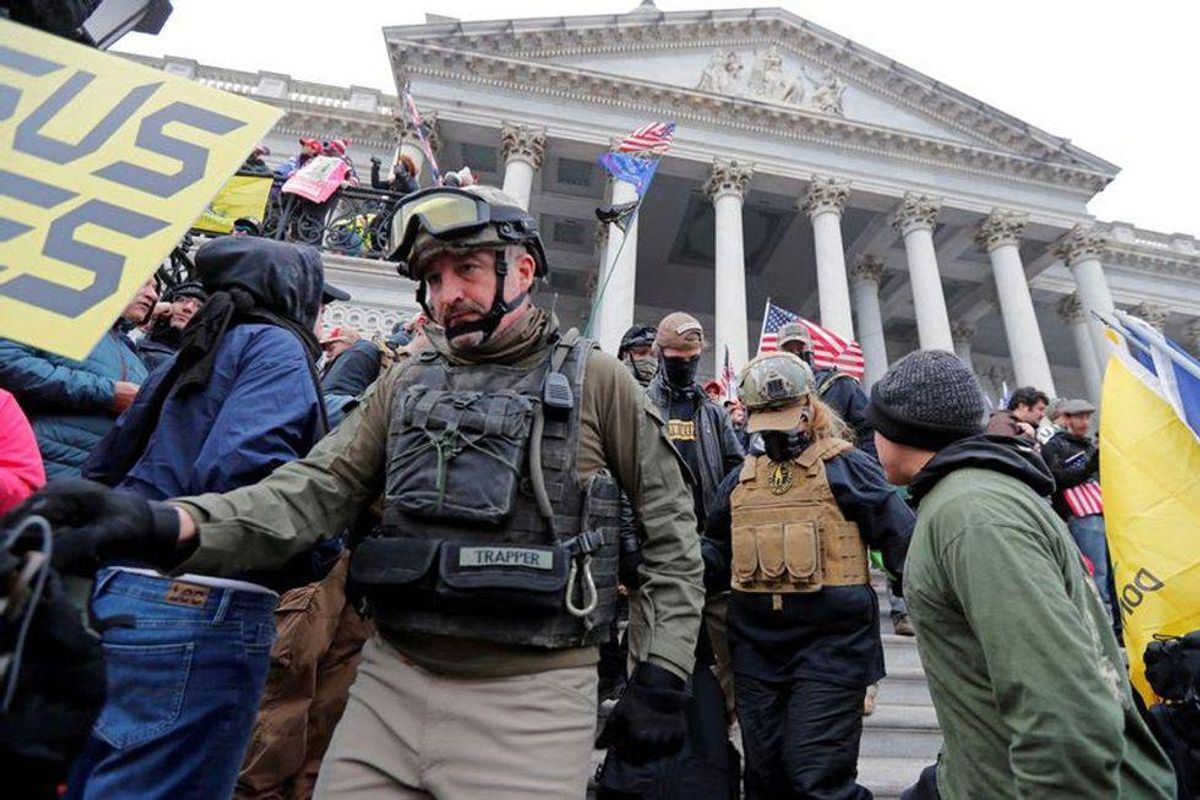 Members of the Oath Keepers militia were excitedly discussing the possibility of a civil war as they watched Trump supporters breach the United States Capitol building, prosecutors claimed this week.

In a new Department of Justice filing flagged by Reuters reporter Jan Wolfe, prosecutors allege members of the Oath Keepers rode to the Capitol on January 6th and swerved around police cars as they prepared to engage in what they saw as a battle that would spark a civil war.

Prosecutors say Oath Keeper Roberto Minuta was particularly enthusiastic about the attack on the Capitol.

Prosecutors also note that Minuta came dressed for a fight, as he was wearing "battle apparel and gear, including hard-knuckle tactical gloves, ballistic goggles, a radio with an ear piece, and bear spray" to the Capitol riots.