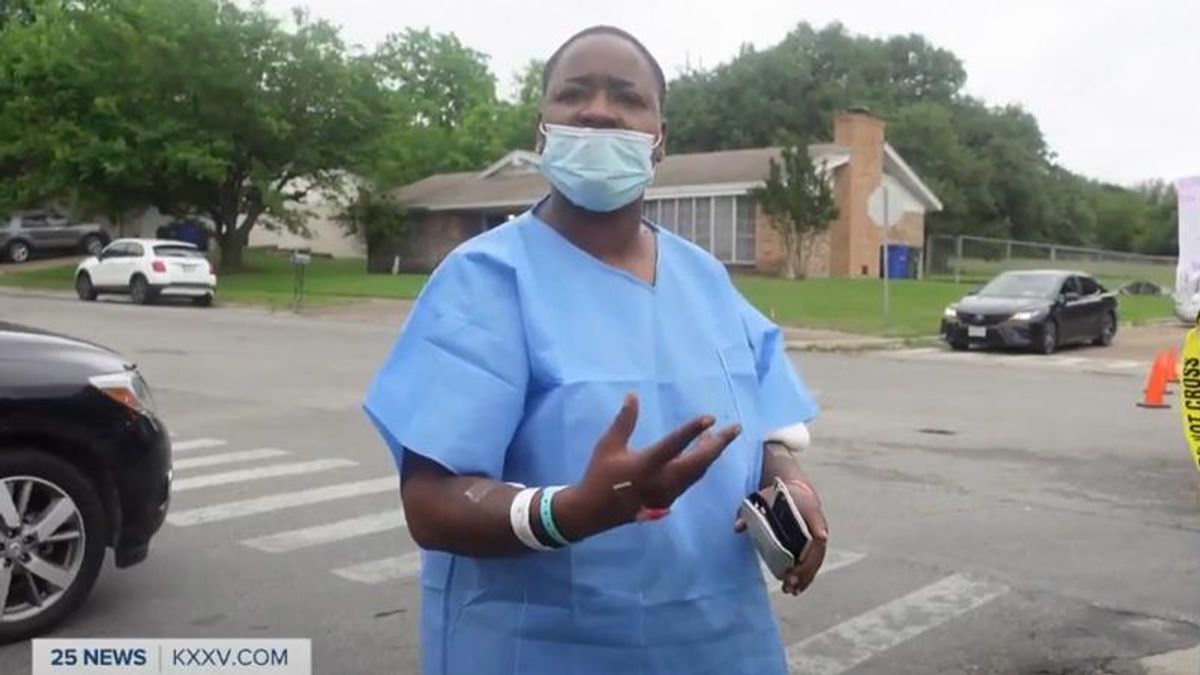 A Texas woman who was shot by an off-duty said that an argument led up to the shooting, KWTX reports.

It was discovered that an off-duty Copperas Cove officer was the shooter after police arrived on the scene. Murray was taken to the hospital with non-life-threatening gunshot wounds.

According to Murray, she and the officer took turns racing past each other before she finally stopped to confront him. As the two argued, she says the off-duty officer pulled out a gun.

"When I turned around to run back to my truck and get out of there, I just heard pop pop pop pop and all I could do was bend over and duck," she said, adding that the man didn't identify himself as an officer before he started shooting.

Murray was later released from the hospital after being treated for her wounds.