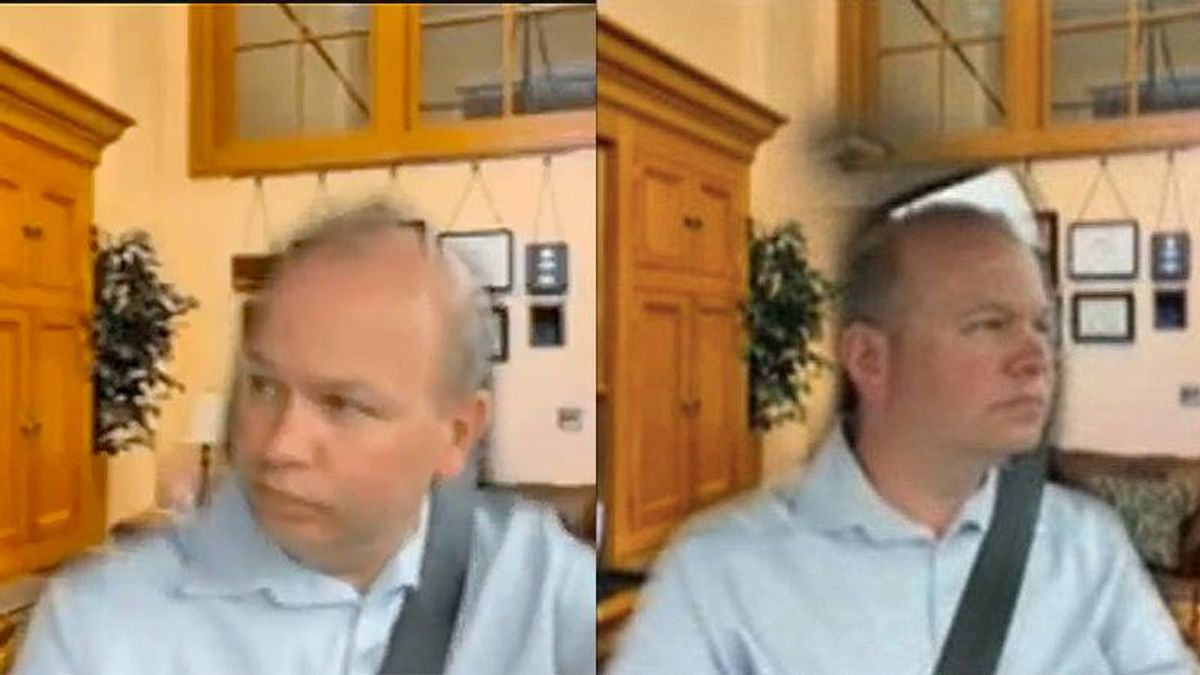 An Ohio Republican is being called out for hypocrisy for his legislation to outlaw distracted driving after attending a committee hearing while driving.

Gizmodo cited local newspaper, the Columbus Dispatch, for reporting state Sen. Andrew Brenner's (R) hilarious failure, still available on video from the Ohio Channel. He began sitting in his car with a background photo of his living room. Once Brenner put on his seatbelt and began driving, however, the cover was blown.

While mockery has spread across the country for Brenner's technology fail, his legislation against distracted driving was announced on the same day that Brenner was seen driving during the meeting. Gov. Mike DeWine (R-OH) said earlier in the session that he wants tougher penalties on distracted driving, but it was stripped out of his transportation funding bill.

"A recent survey found that distracted driving is overwhelmingly the number one concern for Ohio drivers," said Republican state Rep. Cindy Abrams, The Center Square reported. "The goal of this bill is to make our state a safer place to travel and reduce the amount of deaths and injuries on our roads."

The law, proposed in the state House, would make it a "primary offense" to be holding an electronic device for drivers under the age of 18. For adults it is a secondary offense, meaning they have to be stopped for something else first. There currently aren't any laws in Ohio that prohibit drivers from using electronic devices for any other activities outside of texting while driving. This would target people from taking photos, recording videos, viewing photos, using apps dialing phone numbers or even using their GPS or map.

Brenner went on the defensive after being called out for his behavior. "I wasn't distracted. I was paying attention to the driving and listening to it. I had two meetings that were back to back that were in separate locations."

"I've actually been on other calls, numerous calls, while driving," he bragged. "Phone calls for the most part but on video calls, I'm not paying attention to the video. To me, it's like a phone call."

It begs the question: if he thought there was nothing wrong with it, why did he use a background to make it look like he wasn't driving?

"While some workplaces might think it's weird to take video calls from your car, there's nothing inherently dangerous about calling from a vehicle, as long as you're not actually driving and fiddling with your phone the entire time. But that's precisely what Brenner did," said Gizmodo.