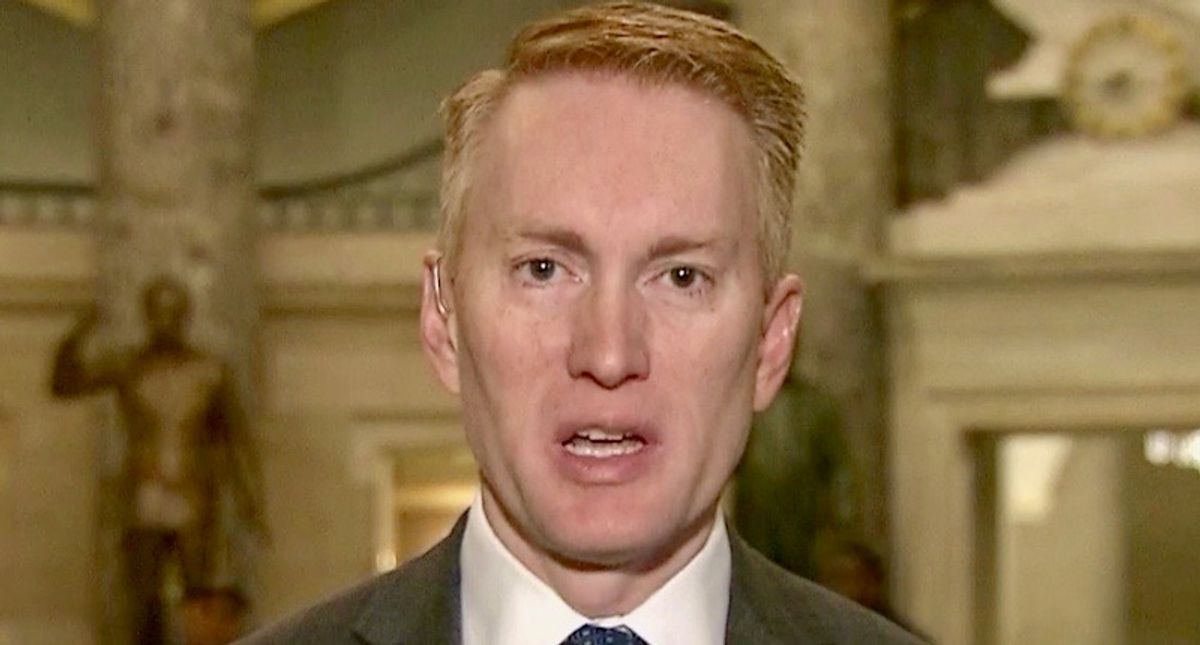 What Lankford didn't appear to understand is the impact of his attack on the election. Millions of Americans of color flocked to the polls in states like Michigan, Arizona and Georgia in November. Lankford's attempt to overturn the 2020 election was a move to nullify those voters.

It isn't a good look for someone who sits on the Tulsa Race Massacre Committee. From May 31 to June 1, 1921, white Tulsa residents attacked what was then known as America's Black Wall Street. Robust Black-owned businesses, Black leaders and residents were attacked by White Tulsans. Oklahoma, which didn't even teach the story about the massacre until recently, brought together a commission to unearth some coffins and brought in archeologists to research the official number of dead Black Tulsans that were thrown in a mass grave.

Lankford's attack on the election is calling into question whether he should sit on a commission that is expected to finally deliver some honor and respect for Black Oklahomans.

"People feel that it affects the credibility of our commission to have such an egregious thing happen and people that support that to be on it," said chair and founder, Oklahoma state Senator Kevin Matthews.

Rep. Monroe Nichols tweeted a thread explaining why Lankford's "dangerous set of lies" mean that he not only shouldn't be on the commission but he shouldn't be in office.

Nichols cited Sen. James Inhofe (R-OK), the dramatically more conservative Republican of the two senators, who said that the attempt to overthrow the election was "a violation of his oath of office."

Lankford responded to criticism and calls that he be removed from the commission by issuing an apology statement to "my friends of North Tulsa." Oklahoma has Black residents who also live in other parts of the state than North Tulsa.

He claimed that his actions "caused a firestorm of suspicion among many of my friends, particularly in Black communities around the state. I was completely blindsided, but I also found a blind spot."

Lankford swore he never intended to "disenfranchise any voter or state." He simply wanted to resolve "any outstanding questions" about President-elect Joe Biden's election before he was inaugurated. Presumably, the over 60 lawsuits and decisions from the Supreme Court should have been enough to do that, but Lankford didn't clarify what those suits didn't cover before the Capitol was attacked.

"What I did not realize was all of the national conversation about states like Georgia, Pennsylvania, and Michigan, was seen as casting doubt on the validity of votes coming out of predominantly Black communities like Atlanta, Philadelphia, and Detroit," Lankford wrote.

It's unclear if Lankford will be removed from the commission but there is a chorus of Oklahomans demanding he be removed. Had Lankford spoken to his state instead of his party ahead of the attempt to overthrow the election he likely would be educated on the topic.