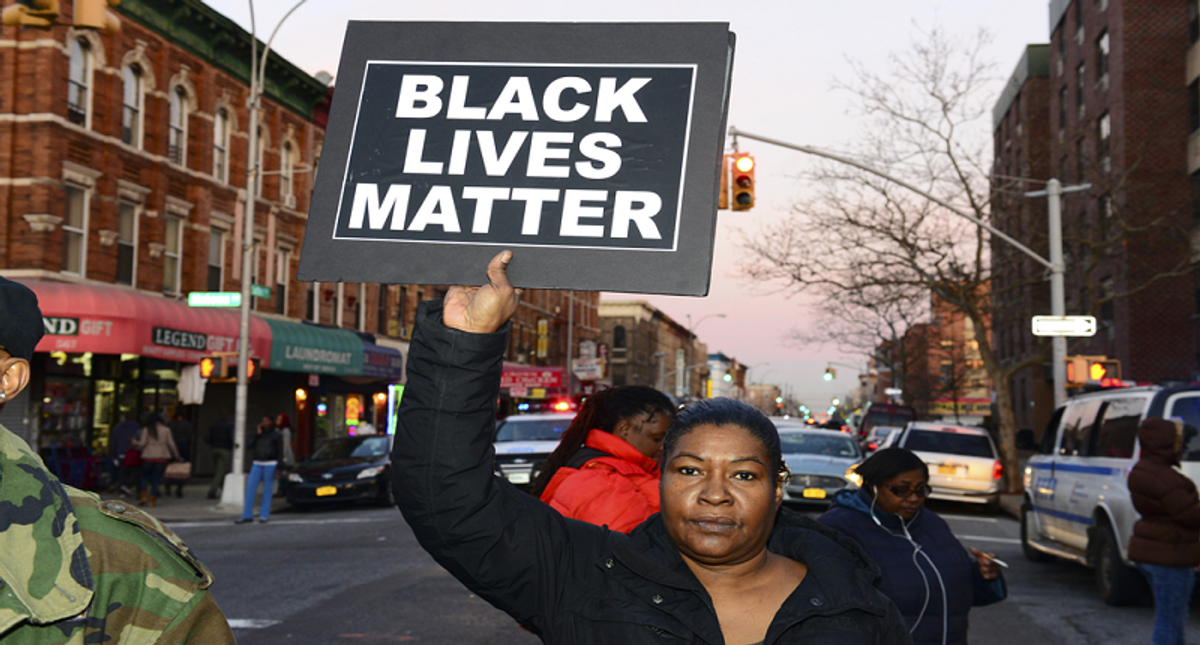 "Sen. Rob Standridge, a Republican from Norman who wrote the bill, said it was prompted mostly by an incident in Tulsa last summer in which a pickup truck drove through a crowd gathered on a Tulsa interstate while protesting the death of George Floyd in Minneapolis," said the report. "Several people were injured, including one who was paralyzed from the waist down after falling from an overpass, but the driver, whose family was in the car, was not charged."

The bill now heads to Gov. Kevin Stitt for signing.

"What about all the ways this bill could go wrong?" noted Zack Linly for The Root on Thursday. "What if during a chaotic protest, a participant ends up blocking a street unknowingly or by accident? That's worth taking their freedom away for up to a year? What if motorists take this new law to mean that it's open season on protesters once they get behind the wheel?"