Omicron: Here are the medicines you can take if you catch the new variant 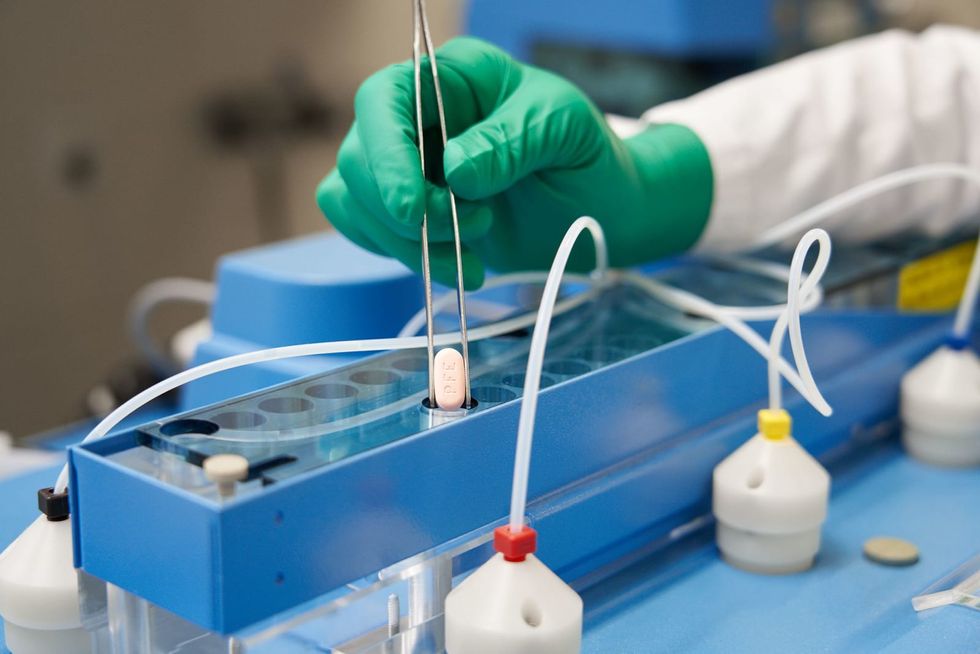 Which medicines work against Omicron? Experts have high hopes for the antiviral drug Paxlovid from Pfizer. Pfizer/dpa

The virus has changed so much since the pandemic broke out - but so have the drugs available, giving many of us sorely needed hope if we come down with the coronavirus.

The Omicron strain of Covid-19 is more transmissible, and people are catching it more easily than the Delta strain, even if they have been vaccinated, or have caught the virus and recovered.

Some drugs, developed at significant expense, aren't effective if you catch Omicron, but others look more promising.

German teams from Göttingen, Hanover, Braunschweig and Erlangen tested several anti-body based drugs against Omicron and found they were not effective.

They were looking at most of the drugs that were approved for earlier variants of the virus, in the study published in Cell scientific journal.

Our bodies form antibodies after we are given a vaccination or become infected. These then bind to the virus and eliminate it.

Scientists can also produce antibodies to treat people who catch the virus.

However, because the Omicron strain has changed so much compared to earlier variants, the antibodies made in our bodies or contained in drugs cannot combat the infection as effectively.

There had been hopes that casirivimab and imdevimab, etesevimab and bamlanivimab would prevent a severe course of the disease if taken early. However, they are less effective against Omicron.

But the good news is that sotrovimab, a newer antibody treatment, works well against Omicron and it now comes recommended by the World Health Organization (WHO).

That all may sound disappointing but one German doctor says the toolbox of medicines available to treat the virus is fuller than ever.

Clemens Wendtner, lead physician for infectious disease at the Munich Schwabing Clinic, treated the first patients in Germany who were suffering from Covid-19.

Sotrovimab should be available for inpatient therapy at the end of January, he says, adding this is a clear sign of hope.

While giving people antibody drugs only helps in the early stages of Covid-19, doctors are giving patients dexamethasone, an anti-inflammatory drug, later on if they are seriously ill.

Doctors are also prescribing Interleukin-6 antagonists, which prevent an inflammatory reaction. Originally, they were developed for rheumatic diseases.

Patients are also being given janus kinase inhibitors like baricitinib, a drug that has been used for some time for Covid-19 and is likewise recommended by the WHO.

Meanwhile doctors are also still giving patients blood thinners to prevent them from having thromboses, strokes and heart attacks.

People are now hoping that new antiviral drugs such as paxlovid and molnupiravir, the first pills for Covid-19, will be available on prescription from chemists in the coming weeks.

Wendtner says that gives him an optimistic feeling too. "There has been a quantum leap."

He is not alone. Christoph Spinner, the pandemic officer at a Technical University of Munich hospital, also says the new drugs are promising.

Molnupiravir is "taken as a capsule twice a day for five days and is also effective against the Omicron variant," Spinner says.

Paxlovid will soon be another oral therapy option that can protect people from Omicron and prevent severe illness in p to 90 per cent of cases.

Meanwhile doctors are still using remdesivir, originally developed to counter Ebola virus and approved for treating Covid-19 in 2020, Spinner says. "It is equally effective against Omicron and showed about 80 per cent protection against severe courses of illness in a new study."

Unlike oral therapy with paxlovide and molnupiravir, patients are given remdesivir intravenously, but can still receive the short infusion an outpatient basis.

Germany has already bought stocks of remdesivir and is now buying 1 million units of paxlovid. These new pills - paxlovid and molnupiravir - are expensive, with a five-day treatment costing around 700 dollars.

It's also important that patients take these pills early on in order for them to slow down the virus.

AstraZeneca makes antibody drug, Evusheld and says it is also effective against Omicron, primarily as a preventive measure.

It can be injected into people's muscles, once, instead of needing to be administered intravenously. "It works for six months," says Wendtner, but he notes that it is not an alternative to being vaccinated.

The drug is considerably more expensive, but above all it does not stimulate the body to produce its own antibodies and is only suitable for people who cannot tolerate a vaccination or cannot form antibodies, he says.

Vaccination remains the most effective means, all the scientists have said repeatedly.

Germany has secured 150,000 doses of antibody drug ronapreve (casirivimab and imdevimab), but these are less effective against Omicron, according to the Paul Ehrlich Institute.

The drug was stockpiled and barely used. But as the expiry date drew nearer, doctors started prescribing it for people as a preventative drug, for those at a higher risk.

Now, though, medics agree the antibody drug won't be used against Omicron and is a discontinued model. Wendtner says he does not know how much is still being stored away.

Scientists meanwhile are constantly working to create new drugs too.

Researchers at the Technical University of Munich are working on a spray that aims to reduce lung damage caused by Covid-19.