Organ transplants from pigs: Medical miracle or pandemic in the making?

The Conversation
Funny pigs in sty leaning on wall (Shutterstock)
Three out of four new diseases are zoonotic, meaning they have evolved to infect new host species. For example, a mutated bird-flu virus may jump from wild birds to free-range domestic poultry and then to humans who are in contact with poultry. Similar pathways have led to infection by the pathogens that cause Ebola, Zika, HIV, Lyme disease and likely COVID-19.

If a new medical technology increased the risk of a new zoonotic pandemic — however marginally — how would society decide the balance of risk and benefit? If you needed new lungs that were only available in another country, would a health prohibition on the transplant in your own country stop you?

New developments in organ transplant technology may have streamlined a pathway for new zoonotic diseases, but the biotechnology innovators and medical research institutes have not engaged the public on the risks. Failing to do so may jeopardize the potential of a promising therapy.

Over 4,400 Canadians are waitlisted for the lifesaving transplant of a new kidney, liver or lung. In 2019, 250 died waiting. In the United States and elsewhere, the supply gap is more extreme and high hopes ride on xenotransplantation: the transplanting of cells, tissues or organs from animals.

Pre-clinical trials of organ transplants from pigs have addressed the technical barriers to xenotransplantation, reducing the likelihood of rejection. Last summer, Maryland School of Medicine surgeons reported the 31-day survival of a baboon after receiving a lung from a genetically modified pig.

All projects were approved under U.S. Food and Drug Administration (FDA) regulations, and corporate funding was supplemented by the U.S. National Institutes of Health. The next step with the FDA is to approve clinical trials. Normalization of xenotransplantation could happen before there is informed public acceptance of the benefits and risks.

As a developmental geneticist, it has been exciting to track these advances. The revolution in designer gene editing (known as CRISPR-Cas9) makes this stunning progress possible. CRISPR allows molecules on the surface of pig cells to be modified so the human immune system will not trigger tissue rejection. 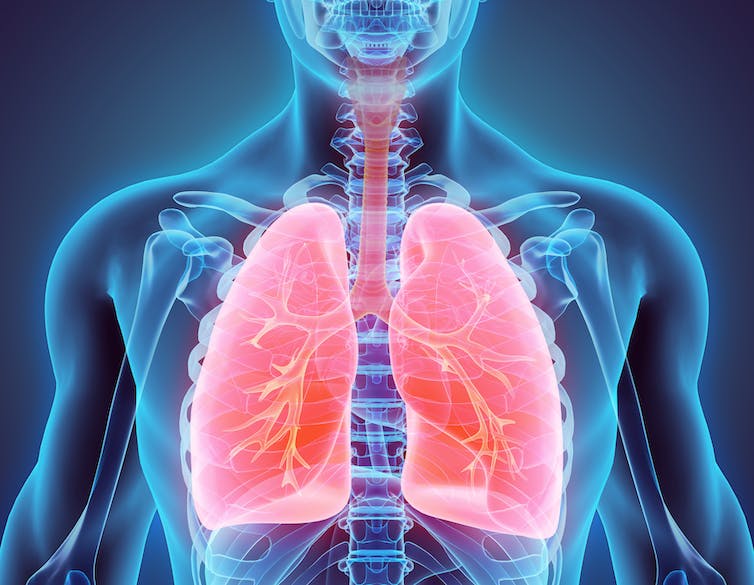 Zoonotic bacteria and viruses enter most readily through the delicate surfaces of the respiratory tract.

To prevent human transplant recipients from being infected with pig retroviruses (viruses that can integrate their genetic material into the host’s cells), the retroviruses hiding in the pig genome have been removed by CRISPR editing. The risk of transferring a disease directly from a genetically modified donor pig to the human host is negligible.

However, disease-free transplanted pig organs could become infected after transplantation. Zoonotic bacteria and viruses enter hosts most readily through the delicate surfaces of the respiratory tract, as with COVID-19. Living pig cells in a transplanted lung could readily be infected by an inhaled pig virus, including a novel virus from a wild animal host that has evolved to infect pigs.

After entering the human body, a replicating zoonotic virus could generate millions of mutations a day, because their mechanism for gene copying is naturally error prone. A pig virus replicating in a lung transplanted into a human could produce variants that may be capable of recognizing and infecting human cells. Although likely a rare event, it is not impossible that this could trigger a new zoonotic pandemic.

The scenario described above could evoke risk and fear from a complex new medical technology. It parallels the thinking involved in vaccine hesitancy or the distrust of genetically modified foods. Both are well anchored in today’s political culture. In both cases, citizens increasingly demand prior consent and the choice to opt out — despite possible risks to public health. Vaccine hesitancy has increased the death toll from COVID-19 and delayed economic recovery from the pandemic.

In contrast, distrust of the industrialization of food has discouraged introduction of genetically modified foods that enhance nutrition or sustain agricultural productivity in a warming climate. Consumers question whether genetically modified organisms (GMOs) exist for public benefit or for corporate profit. 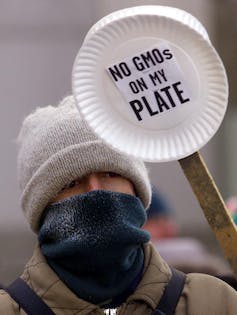 Distrust of the industrialization of food has discouraged introduction of GMO foods.

Increasingly, health issues such as vaccination, vaping or genetic testing generate highly polarized platforms for misinformation, debate and political leverage. Social media algorithms amplify extreme positions and elicit strong emotional reactions at the expense of the middle ground. When communications from the scientific community are reactive, poorly targeted or unintelligible to the average person, the influence of science in the policy process is diminished.

In 2022, progress in xenotransplant technology makes good news stories. Immense pressure to resolve the growing organ shortage for transplantation may tempt the biotechnology business and public regulators to be insufficiently critical as they seek permission to proceed with clinical studies. They must prepare for the nature and scale of backlash from those tired of experts and mistrustful of corporate motivation and institutional authority.

Concern about zoonosis from transplants was voiced over twenty years ago, long before CRISPR transformed the field. Since then, there appear to be no hard facts or even a call for research on zoonotic infection through xenotransplants after transplantation. Bioethicists are flagging the issue now, but the silence about xenotransplant zoonosis from biotechnology corporations and their affiliated preclinical research institutes leaves an open door to a narrative motivated by skepticism and distrust. It is incumbent on them to lead a public dialogue on managing the risk of novel zoonotic diseases arising from infection after transplantation.