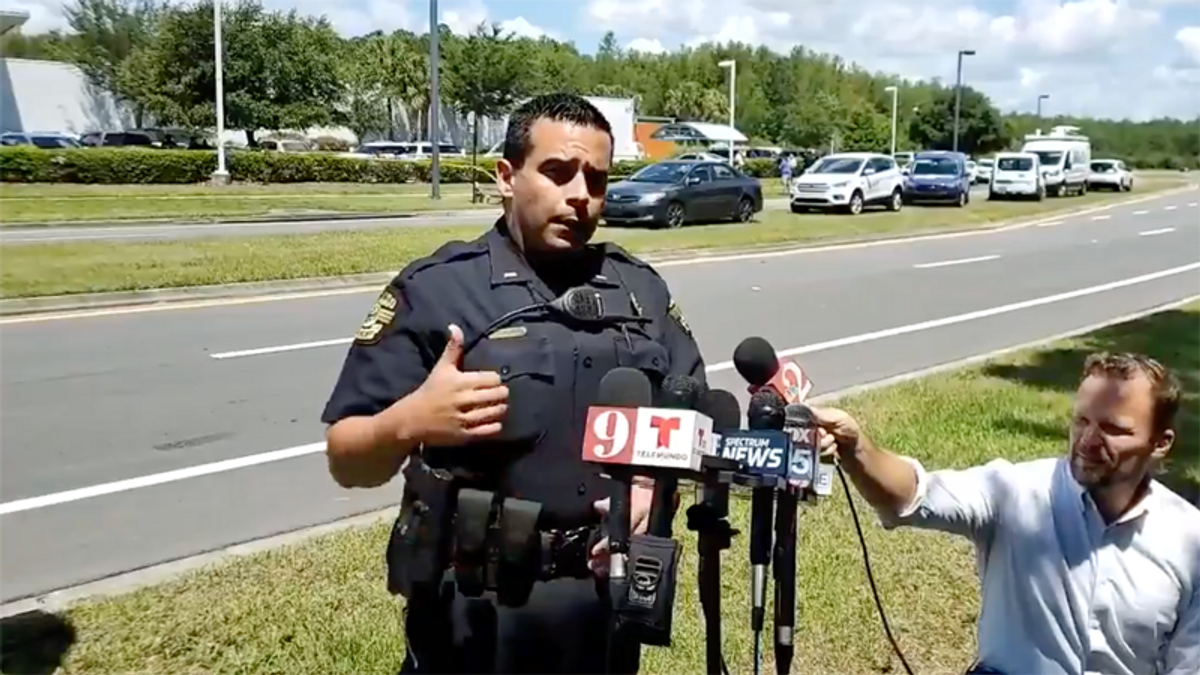 Toruno said a woman and a man were walking into the building shortly before 10 a.m. when a gunman in a car opened fired. The woman was able to flee, but the man was shot and was pronounced dead at the scene.

Police arrested a suspect in Kissimmee after a 20 mile chase.

Authorities did not reveal if the shooter and suspects knew each other.

Scene still active near Guadalajara Drive and Veracruz Avenue in #Kissimmee. A suspect from a crime in Orlando was… https://t.co/jMdFdFoNjt
— Stephanie Bechara (@Stephanie Bechara)1620667128.0