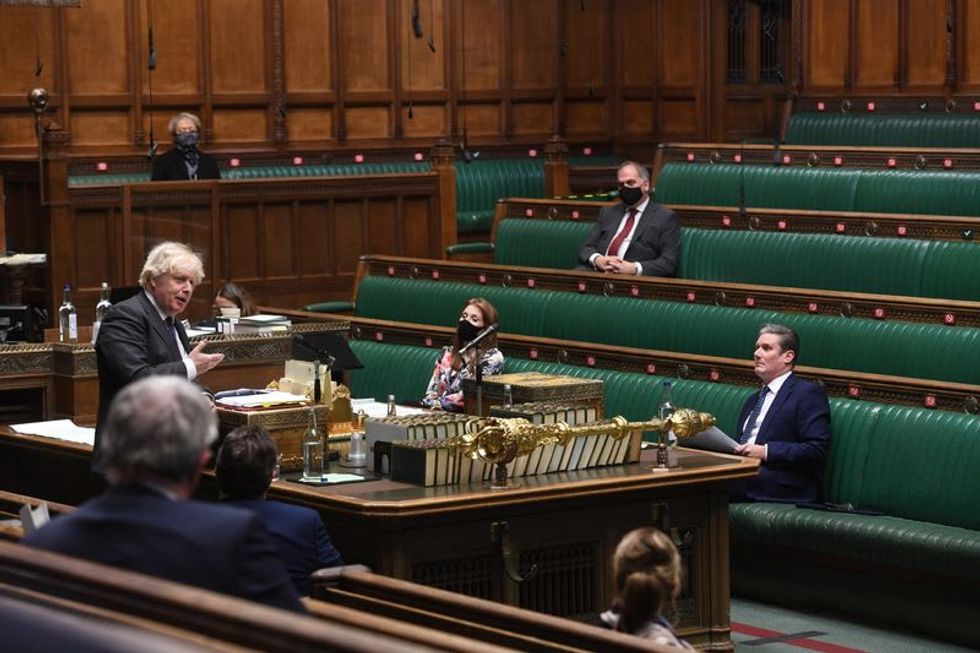 LONDON (Reuters) - British Prime Minister Boris Johnson said on Wednesday it was "outrageous" that hundreds of thousands of police records had been deleted due to a human coding error with the Police National Computer. A piece of software to weed out records from the database that the computer had no legal right to hold went haywire because of faulty coding and began to automatically delete hundreds of thousands of other records, the Home Office said. "Of course it is outrageous that any data should have been lost but at the moment ... we're trying to retrieve that data," Johnson told parliame...