'We have the receipts': Analysis reveals $170 million in corporate gifts to GOP lawmakers who voted to overturn Biden win 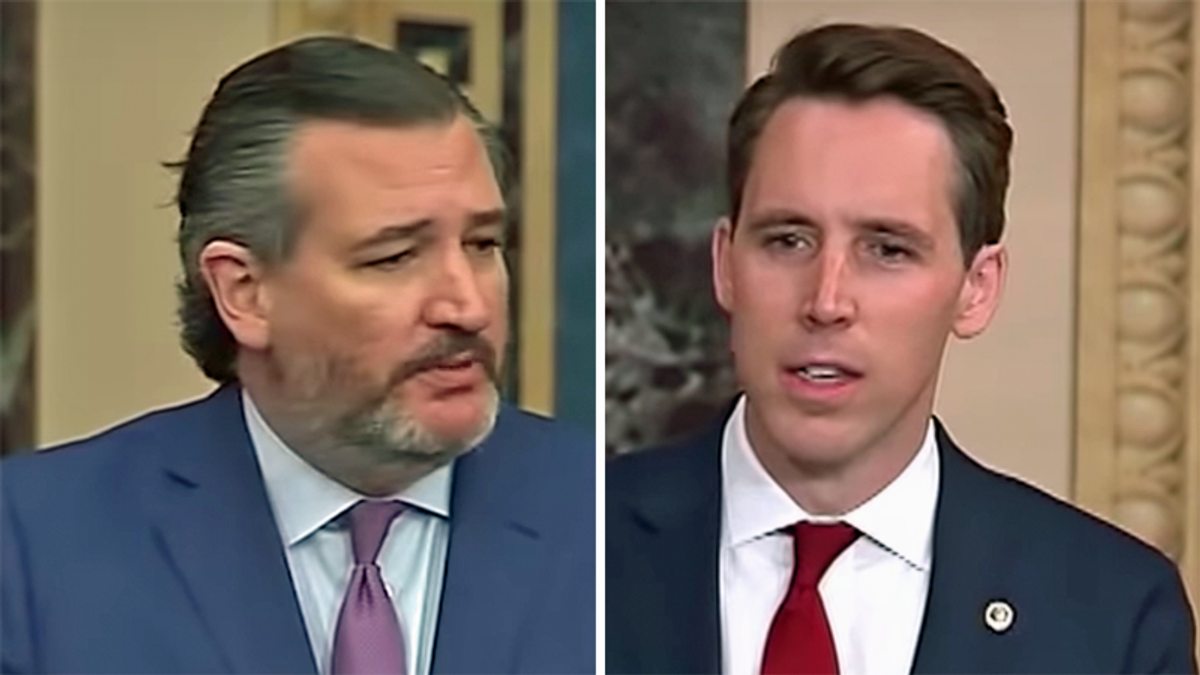 A new analysis entitled "Bankrolling the Disenfranchisers" calls out the corporate and trade association political action committees that—despite any condemnation of last week's attack on the U.S. Capitol—poured millions in campaign contributions to the 147 Republicans who voted to object to President-elect Joe Biden's win over President Donald Trump.

Released Wednesday by Public Citizen, the analysis finds that these groups have given roughly $170 million to the slate of anti-democratic lawmakers since the 2016 election cycle.

Nineteen of the 100 PACs gave more than a million dollars over the past four years. Topping the list is the National Association of Realtors, which gave $2,061,307. The $1 million+ givers also include weapons behemoths like Lockheed Martin at $1,410,500 and communications giants like AT&T at $1,617,000.

The analysis further notes that 46 of the PACs funded at least 50% of the election certification objectors. The National Association of Home Builders, for example, contributed to 123 out of the 147 lawmakers, and the American Bankers Association funded 120 of them.

The contributions fly in the face of remarks many of the associations issued in response to the Capitol attack. The analysis cites as one example American Bankers Association president and CEO Rob Nichols' statement saying that January 6 marked "a dark day for our democracy" and asserting the violence "should shock and sadden all of us."

In fact, "they deserve criticism for waiting so long."

"Moreover," the group continued, "temporary actions, if that's all these turn out to be, constitute nothing more than a PR sham. Deferring contributions for a few months at the beginning of an election cycle is no penalty whatsoever." The analysis adds:

Donald Trump has trampled on the norms that bind our society and political system since long before he announced his candidacy for president and continued to do so throughout his presidency. Business leaders stood silently while Trump hacked away at the foundation of our country because they welcomed his gifts to them. [...]
Many of the disenfranchisers have been enabling Trump's assault on democratic norms and the rule of law throughout his presidency. The corporate benefactors listed in this analysis have likewise helped these lawmakers offer aid and comfort to Trump.

To truly chart a different course, Public Citizen urged the corporate groups to shut down their "campaign finance operations for good and return our democracy to the voters."

That means ending their PACs and "forswearing any contributions to unregulated super PACs and to outside groups that spend money to influence elections but keep their donors' names secret."

According to Lisa Gilbert, executive vice president at Public Citizen, "The harrowing events of last week's insurrection show us how precious and vulnerable our democracy is."

"We must rededicate America's grand experiment to its foundational principle," she said, "which is rule by the people—not wealthy corporations and special interests."