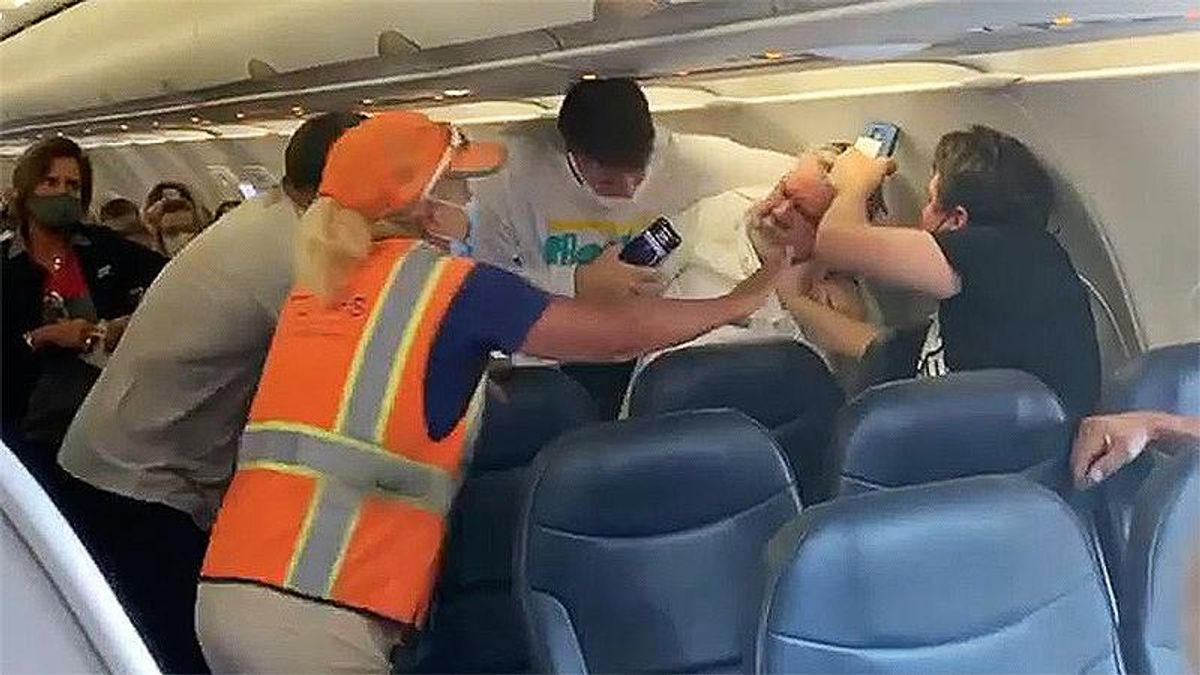 Fight breaks out on airplane after passenger refuses to wear a mask (Photo: Screen capture)

"Are we just becoming more brutish as a people? Has the isolation caused by Covid-19 restrictions made us less civil?" he asked. "Perhaps. But one other fact about these incidents tells us there may be something else likely contributing to the aggression: Trumpism."

According to the report from the airlines, these passengers lost their minds and turned to violence as a result of the mask mandate.

"Who was it who publicly mocked people for wearing masks? Oh yeah, Donald Trump," he recalled.

He recalled the times Trump refused to wear a mask, the times he mocked a reporter for wearing a mask, and mocked Joe Biden for wearing one as well, despite Trump developing COVID not long after.

What's worse is that he anticipates that this will continue and even grow worse.

"Disturbingly, we can likely expect more incidents involving anti-maskers on planes given that the Transportation Security Administration recently extended the face mask requirement at airports and on board commercial aircraft through September 13," Obeidallah wrote. "These mask haters should know that the penalty for those who engage in unruly behavior could be far more than being just escorted off a flight. The FAA's 'zero-tolerance' policy for such conduct has resulted in the agency seeking fines of $9,000 to $15,000 against individual passengers."

The question, he closed, is whether the penalties will be enough for people to act like adults.

Read the full take at CNN.com.