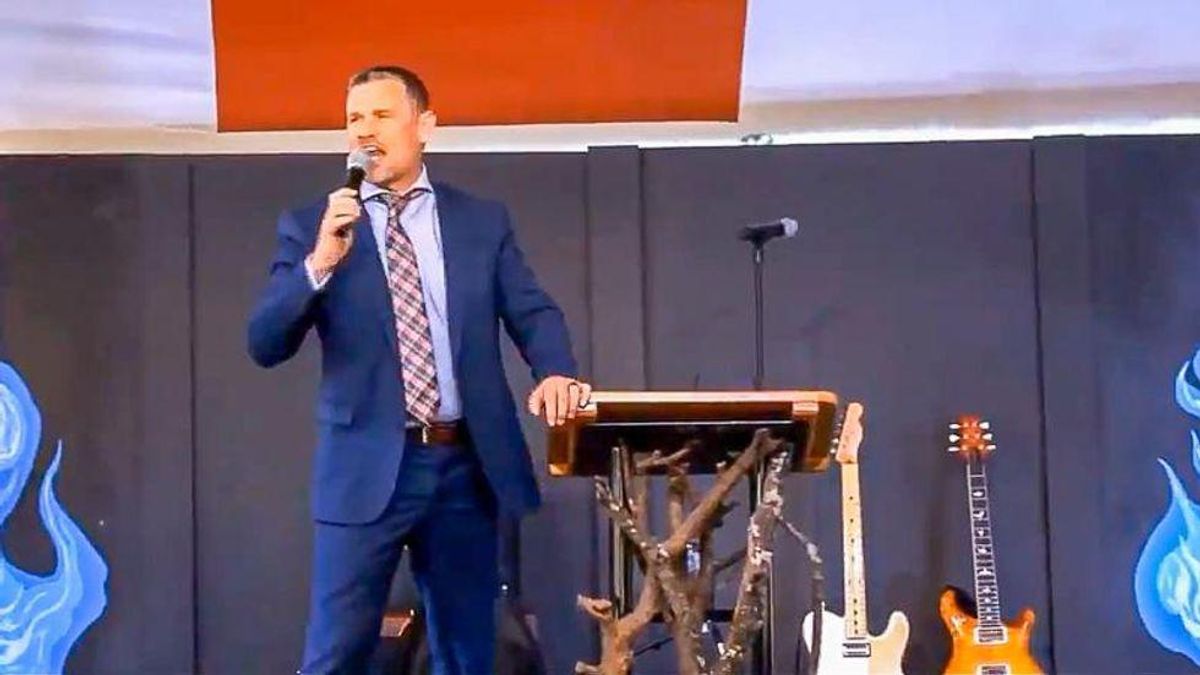 Controversial anti-vax Pastor Greg Locke was the subject of a damning new expose by CNN.

"Pastor Greg Locke has grown his congregation over the last year by preaching that Covid-19 is a "fake pandemic" and the vaccine is a scam. Many people who were eager to get around pandemic restrictions drove from out of state to attend services at Locke's Global Vision Bible Church in Mt. Juliet, Tennessee," CNN reported.

"But Locke's preaching on Covid-19, and the vaccines designed to combat it, had already caused a rift in one family when a member died from the virus," CNN explained. "Coburn Kennedy, an attendee of Locke's church, died from Covid-19 on April 13, his son, William, confirmed to CNN."

CNN saw screenshots of a family group chat where Coburn Kennedy said in February that the vaccines contain "aborted fetuses."

A cousin in West Virginia replied, "There are not any aborted fetuses in the vaccines. Yes you are correct in trusting in the Almighty God. That is where I put my trust is in Him also. I know that he has gave people the knowledge to make the vaccines."

But that was not enough to convince him to get vaccinated.

He would go on to die from coronavirus.

Now some members are blaming the conspiracy theories pushed by Pastor Greg Locke.

Chip Davis, Coburn Kennedy's nephew told CNN, "I lost my relationship with my uncle over the church."

"There can be no justice for my uncle. He's gone. I think if Greg would find a modicum of humility, and just say 'I was wrong.' ... Change is possible," he explained.

"If you don't want to take a vaccination that's entirely up to you," he said. "But to spread misinformation about it is dead wrong, in my, in my opinion. And it could potentially lead to more loss of life."

Chip and his brother Billy did not attend their uncle's funeral.

"Because that would have meant being in the presence of Greg Locke, and a lot of people that I don't think are thinking right right now," Billy Davis said.